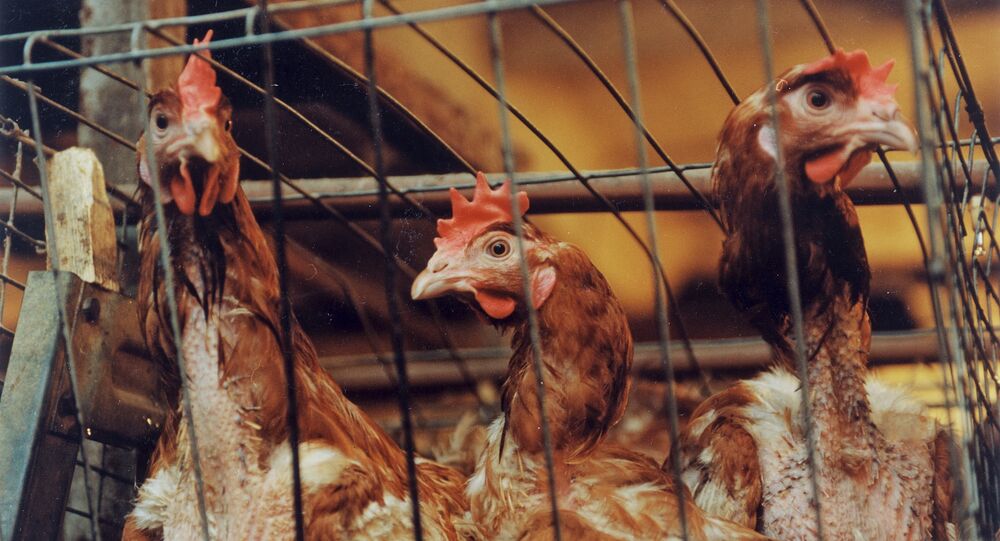 Strain H5N8 avian influenza was first detected at a bird farm in South Korea on 29 November — in ducks at a farm in the southwestern North Jeolla province. From then on, the outbreak continued and new cases were found weekly at farms all across the country.

According to the report, a total of 72 cases were detected to date, with the latest confirmed case traced to an egg farm in Hwaseong, south of Seoul.

South Korea raised the nationwide bird flu alert level to "serious danger." The regulations in these circumstances are to cull all birds within 2 miles from the infected farm and suspend all production activities at animal farms within a 6-mile radius for one month.

© Sputnik / Pavel Lisitsyn
South Korea Culls 6.1Mln Poultry in Bid to Contain Outbreaks of Bird Flu, Reports Say
The resulting drop in the supply of poultry and animal products amid the outbreak pushed prices sharply up, the news agency said. For example, prices went up 24.8 percent on eggs last week year-on-year, 14.9 percent on chicken and 18.1 percent on duck meat.

As a result, South Korea reportedly plans to import up to 50,000 tons of fresh eggs and seven other types of egg products without tariffs by the end of June.