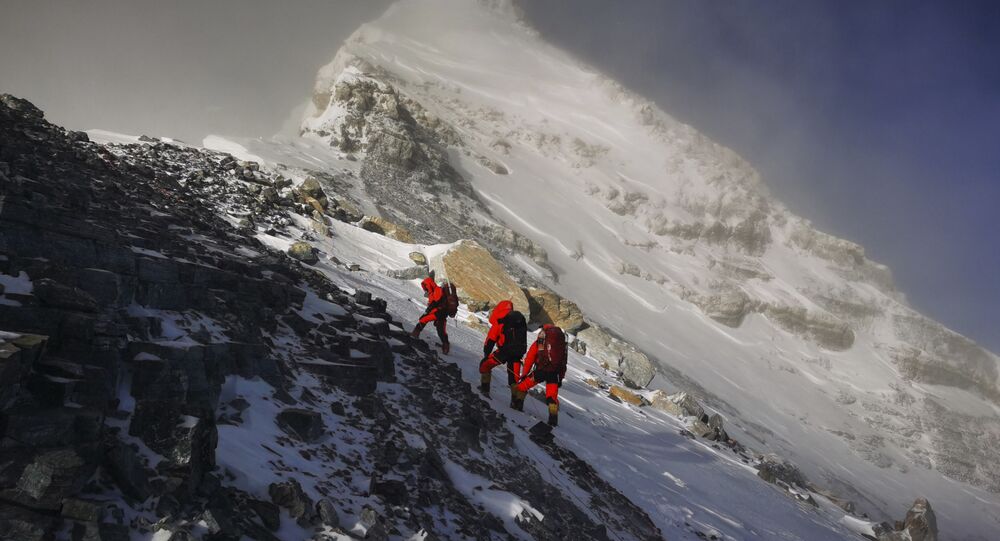 The accumulated garbage left on Mount Everest in Nepal by climbers who brave the journey up the world's largest mountain has long been a concern for local authorities. Conservation groups in the area have put together a new method to highlight the issue.

Garbage collected from Mount Everest will be turned into an art display for a local gallery in Nepal, in a message intended to highlight the increasing amount of trash on the world’s tallest mountain.

Tommy Gustafsson, project director and a co-founder of the Sagarmatha Next Centre – an organisation for visitors’ information and waste up-cycling facility – told Reuters on Friday that foreign and local artists will be putting together artwork from discarded materials and train locals to transform the trash in someone useful and manageable.

“We want to showcase how you can transform solid waste to precious pieces of art … and generate employment and income,” Gustafsson said.

“We hope to change the people’s perceptions about the garbage and manage it", he added.

The centre is set for a “soft opening” for locals in the spring amid a limited entrance capacity this year due to coronavirus restrictions, Gustafsson said.

He said that products and artwork will be displayed to raise awareness of environmental issues, or sold as souvenirs with the money generation going to aid in local conservation.

The Sagarmatha Next Centre is located at Syangboche on the main trail to Everest base camp at an altitude of 3,780 metres and just two days’ walk from Lukla, a town close to the mountain's entrance.

A great job is done by the #Nepal Government.
A total of 11,000 kg garbage and four dead bodies were removed from the #MountEverest Everest during a two-month long cleanliness drive! pic.twitter.com/6zZ7aSgmTQ

​Scattered across the 29,032 feet tall peak and its surroundings, broken tents, oxygen bottles, ropes, used ladders, cans, and plastic wrappers left on the side of the mountain by climbers and adventurers, will be included.

In 2019, the government of Nepal announced that 24,200 pounds of garbage had been pulled from the mountain during a 45-day cleanup process.

The responsibility of handled and separated the garbage collected by local households and tea houses on the mountain trail falls primarily on a local environmental group, the Sagarmatha Pollution Control Committee, but the remoteness of the region and the lack of travel infrastructure makes for a difficult task.

Phinjo Sherpa, of the Eco Himal group, which is involved in the project, said that a “carry me back” initiative will be introduced, with each returning tourist and guide requested to return a back with at least a kilogram (2.2 pounds) of garbage back to Lukla airport, where the contents will be returned to Kathmandu.

“We can manage a huge amount of garbage if we involve the visitors”, Sherpa said.

Over 60,000 trekkers, climbers and guides visited the area in 2019. Almost 4,000 people have made 6,553 journey's up the Nepali side of Everest, which can also be ascended from the Tibetan side in China, the Himalayan Data base revealed.

In 1953, the mountain was first climbed by New Zealander Sir Edmund Hillary and Sherpa Tenzing Norgay.