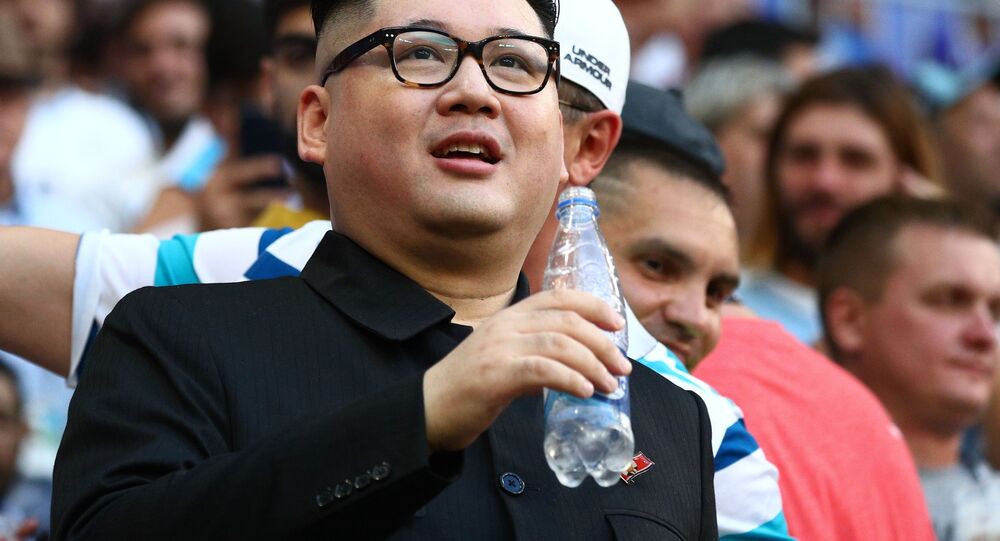 MOSCOW (Sputnik) - Howard X, a renown impersonator of North Korean leader Kim Jong-un, said on Wednesday that he had been arrested by Hong Kong police over charges of illegal possession of firearms.

"I was arrested by the HK police at my home on Oct 28th 2020. They had a warrant to search my home because according to them, a BB gun had been posted to my address in April 2020 to which I never actually received," the comedian said in a statement posted on his Facebook account.

According to the statement, 10 Hong Kong police officers raided his apartment and arrested the impersonator over possession of a firearm without license.

"BB guns are legal in HK however they said that particular BB gun had an energy output beyond what was legally allowed and therefore is considered in the same category as a real firearm," the comedian said.

The actor suspected that his arrest was politically motivated because of his appearance at and open support for the pro-democracy protests in the city last year.

"During my conversations with the police, they also referred to my satirical appearances at public demonstrations that I had made throughout the year in 2020 including my appearance at IFC [International Finance Center in Hong Kong], July 1st and Oct 1st in support of the democracy protesters, which points to my suspicions that this arrest was not really about the bb gun," he said in the statement.

Although he was released after paying for bail, the actor was required to report back to the Hong Kong police every six weeks.

As a gesture of defiance, the comedian said he decided to arrive at the police station dressed as Kim Jong-un while carrying a toy rocket in his hands.