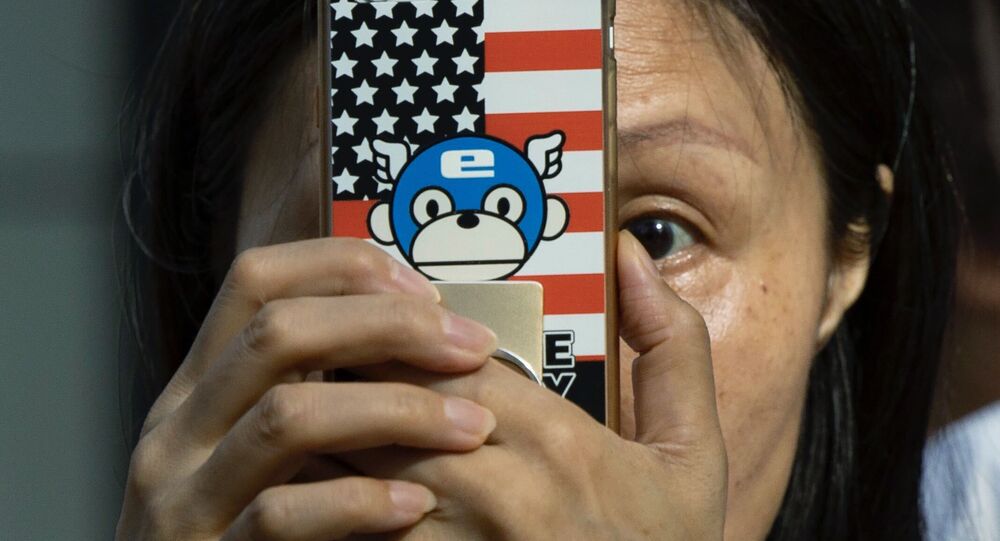 China's economy is expected to sharply rise in 2021 despite the ongoing global COVID-19 pandemic, but will still face persistent challenges, figures from the country's statistics bureau revealed. The news comes as strict lockdown measures proved effective in the mainland but troubles continue to affect Europe and North America markets.

According to the NBS, strict virus controls and emergency stimulus for businesses facilitated Beijing's economy recovery, with the Chinese market growing 6.5 percent in the last quarter.

“These achievements have been achieved while the pandemic is raging around the world, the world economy is in a severe recession, and the external environment [for China] is more complicated and severe. They were hard won,” Ning said, adding that Chinese president Xi Jinping had shown "strong leadership and scientific decision-making".

© REUTERS / Issei Kato
EU Should Avoid Influence From Other Nations on EU-China Relations, FM Wang Yi Says Amid Trade Deal
GDP data roune the Chinese economy had "almost normalised", with growth set to continue despite COVID-19 in a few northern provinces, Yue Su, principal economist for the Economist Intelligence Unit added as cited by the BBC.

But the pandemic had still significantly harmed the economy due to national lockdowns on production plants, bringing economic growth to its lowest since the 1980s, it read.

The NBS cautioned of a "grave and complex environment both at home and abroad", adding COVID-19 had a "huge impact".

Further issues include the ongoing trade war with Washington set to continue under incoming US president-elect Joe Biden.

The news follows a December report from the UK's Centre for Economics and Business Research (CEBR), who found China's "skillful" management of COVID-19 would see China surpass the US economy by 2028.

"The skilful management of the pandemic and the hits to long term growth in the West mean that China’s relative economic performance has improved. We now think that the Chinese economy in dollar terms will overtake the US economy in 2028, a full 5 years earlier than we thought last year. We expect the trend rate of growth for China to be 5.7% annually from 2021-25 and 4.5% annually from 2026-30 and 3.9% annually from 2031-35," the report read.

The report, published on 26 December, added despite the pandemic breaking out in China, authorities in Beijing had controlled the outbreaks with swift and strict actions, avoiding repeat lockdowns compared with the US and EU.

© AP Photo / Geert Vanden Wijngaert
Eurozone Set For 'Positive' Start Amid COVID-19 Recovery Effort, Vaccine Rollout, ECB's Lagarde Says
China also climbed to 31st for ease of doing business globally, compared to 48th in 2019, adding China had also ranked "among the highest in the world". Beijing had continued to improve across multiple sectors, including technology, innovation and tech funding, despite ranking down on competitiveness of product and labour markets, it concluded.

The news comes as the US, the world's most badly hit nation in the ongoing pandemic, currently has nearly 24m cases and 400,000 deaths, data from Johns Hopkins University revealed on Monday.