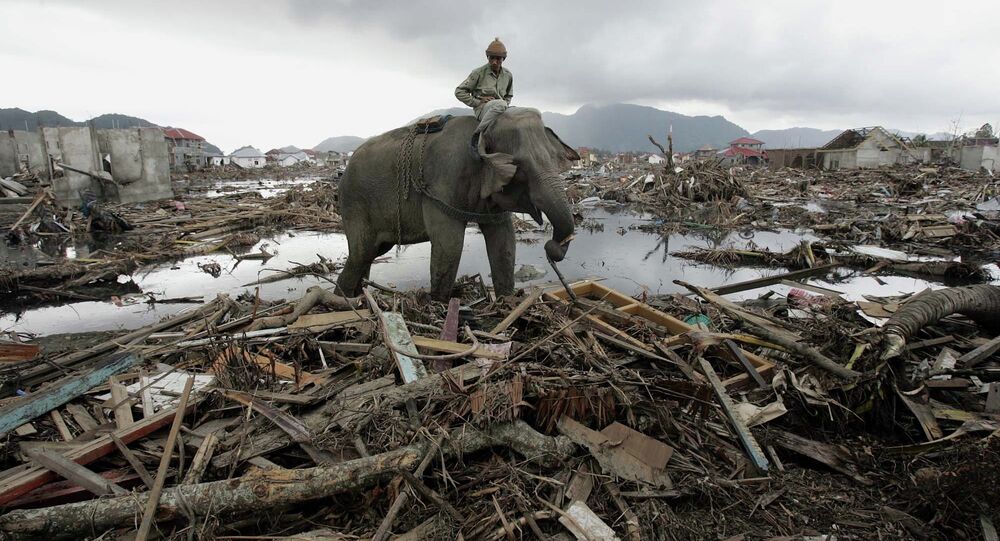 MOSCOW (Sputnik) - The cumulative death toll from the earthquake on the Indonesian island of Sulawesi and floods in the province of South Kalimantan has grown to 96, while around 70,000 people have been forced to leave their homes, the Xinhua news agency reported on Monday, citing the Indonesian National Board for Disaster Management (BNPB).

It was previously reported that the 6.2-magnitude earthquake, registered late last week, had claimed 78 lives.

According to the updated information, 81 people were killed in the earthquake, and 15 people fell victim to flooding in South Kalimantan, where around 25,000 houses were inundated and a state of emergency was declared.

The death toll from a strong earthquake and floods in the central parts of Indonesia has risen to 96 with over 70,000 people taking shelters https://t.co/3UIFftSydl pic.twitter.com/5MfGOxuIdK

Around 28,000 residents of the province of West Sulawesi have so far been accommodated in evacuation centres, with some 40,000 people displaced in South Kalimantan, BNPB press secretary Raditya Jati said. She also noted that over 1,150 buildings, including five schools, were destroyed in the earthquake.

BNPB chief Doni Morando announced that the authorities would use rapid COVID-19 tests amid the risk of coronavirus spreading among the evacuated citizens.