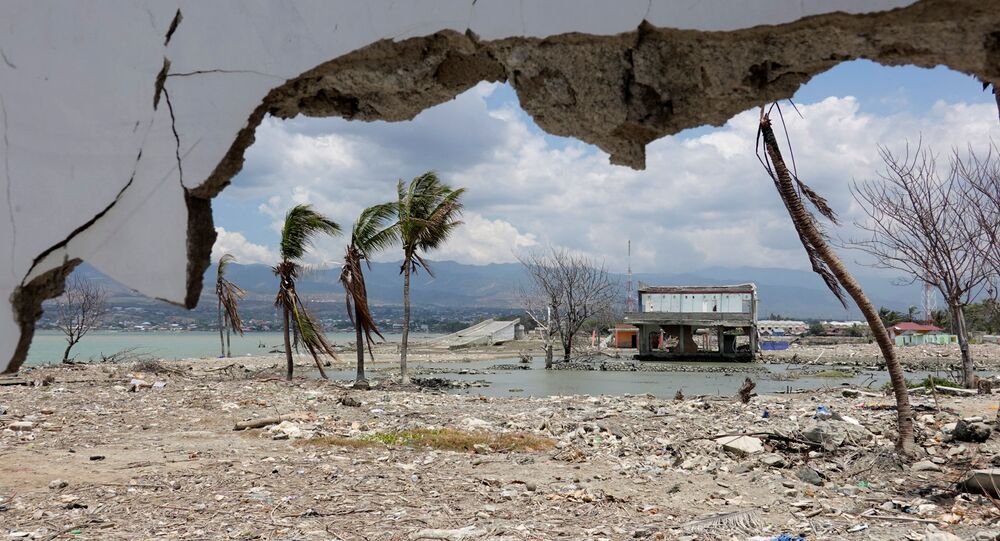 Indonesia is located in a seismically active zone known as the Ring of Fire and regularly suffers from powerful earthquakes. Earlier this week, a 5.7-magnitude earthquake had hit the Indonesian province of Irian Jaya.

At least 26 people died and more than 600 were injured as a magnitude 6.2 earthquake struck near the Indonesian island of Sulawesi on Friday, media reported on Friday citing rescue services. The epicentre was 36 kilometres south of the West Sulawesi province's capital of Mamuju. According to the United States Geological Survey (USGS), the earthquake depth was 18 kilometres.

Earlier in the day, it was reported that rescuers kept searching for people trapped under the rubble of buildings that collapsed in the earthquake. The death toll previously stood at seven.

The chief of Indonesia's Meteorology and Geophysics agency (BMKG), Dwikorita Karnawati, said that at least 26 aftershocks had been registered following the quake. Karnawati added that the country could still be hit by strong aftershocks that could cause a tsunami.

AFP, citing a rescue agency, reported that the quake had destroyed a hospital in Mamuju, leaving patients and medical personnel trapped inside.

"The hospital has been destroyed, it collapsed. Patients and hospital staff are trapped under the rubble and we are in the process of evacuating them,” a rescue officer told the agency.

According to an agency statement, thousands of Mamuju residents left their homes for safety. Reports say that a city hotel and the governor's office were severely damaged. According to BNPB, locals felt the quake for 5 to 7 seconds.

Residents are tweeting photos and videos of the earthquake.

On Thursday, the same area was hit by a 5.9 magnitude quake, resulting in several damaged buildings.