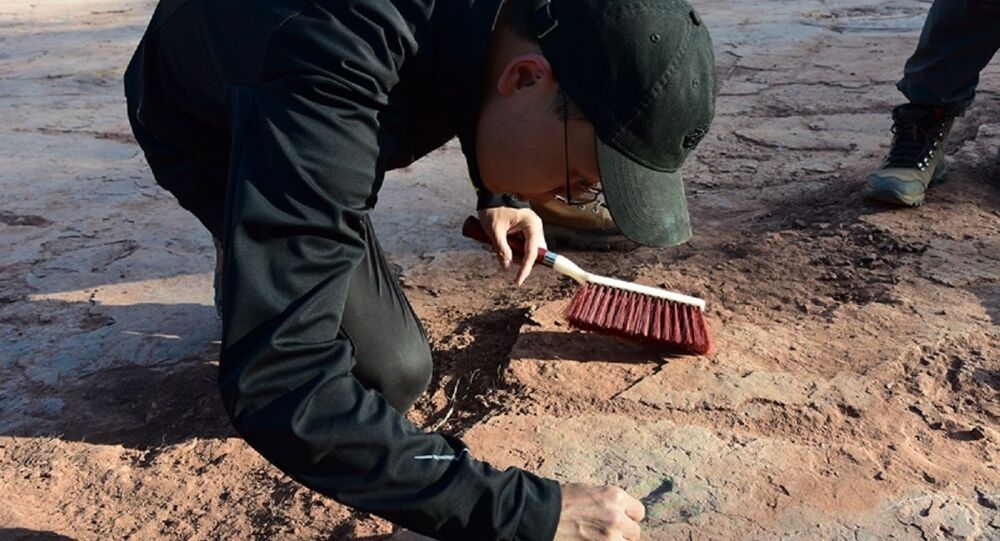 Chinese scientists say they have found fossilized dinosaur tracks in Shanghang, East China's Fujian Province, a landmark discovery in the province's dinosaur research and ending the assumption that "no dinosaurs" had ever lived there, the Global Times learned from researchers on Tuesday.

The best-preserved dinosaur footprints were from a diverse group of late Cretaceous dinosaurs, Xing Lida, an associate professor from the Beijing-based China University of Geosciences, told the Global Times. The discovery was made on November 7.

So far, more than 240 dinosaur tracks have been recovered from the muddy siltstone, including at least eight species. Most of these dinosaur tracks are well preserved, with clear patterns that reflect their behaviours such as walking speed. It is also the first time that China discovered a large Deinonychus from the fossil site, Xing said.

© CC BY-SA 4.0 / Luxquine / U. jubatus Reconstruction
Scientists Discover Dinosaur With Proto-Hair Mane And Ribbon-Like Structures on Sides
The discovery is of great significance for the study of the paleo-environment, palaeogeography and paleo-ecology of the Late Cretaceous about 80 million years ago, as well as the distribution and evolution of the global dinosaur fauna in the Late Cretaceous, according to the research team.

Dinosaur fossils, including bones, footprints and eggs, have only been found in Tianjin, Shanghai, Fujian, Hainan, Qinghai and Hong Kong, Macao and Taiwan island in China.