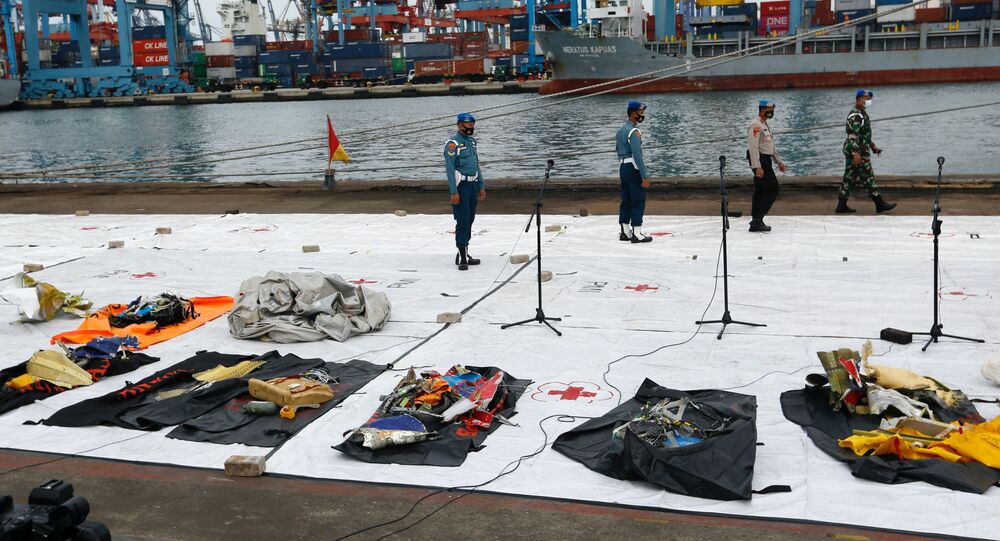 "It is not conclusive, however, the preliminary data indicates that the aircraft broke apart upon impact with the water," Utomo said, as quoted by the newspaper.

According to the investigator, the debris from the jet would have been scattered over a wider area if the airliner had broken apart while still in flight.

© AFP 2020 / ROSLAN RAHMAN
Interpol Ready to Assist Indonesia in Identifying Victims of Passenger Plane Crash
On Sunday, Indonesian officials said that they had identified the estimated location of the two black boxes from the Boeing 737-500 jet, which crashed shortly after take-off from the nation's capital, Jakarta.

A total of 62 people were on board the aircraft, which was bound for the city of Pontianak, on the island of Borneo, before it crashed.

A spokeswoman for Boeing said on Saturday that the US-based airline manufacturer was in contact with Sriwijaya Air to assist with the investigation into the crash.