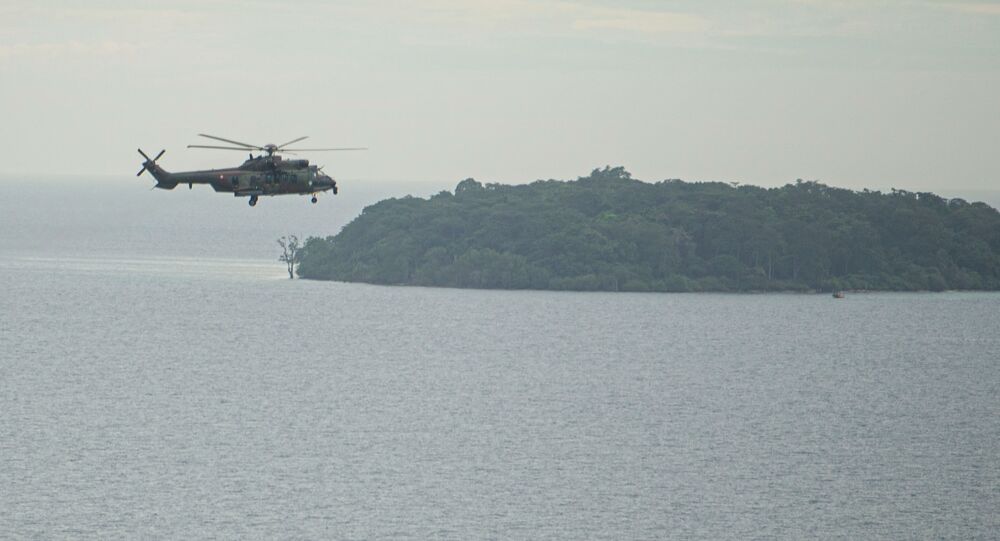 At least 62 passengers and crew have been missing since Saturday after a Sriwijaya Air jet crashed into the sea in the biggest such incident in Indonesia since the crash of a Lion Air Boeing 737 Max in 2018.

Indonesian authorities have detected signals that may be coming from a flight recorder of a missing Sriwijaya Air Boeing 737-500.

"We have detected signals in two points. This could be the black box - we will investigate", Bagus Puruhito, chief of Indonesia's search and rescue agency, told the press.

In the meantime, iNEWS has reported, citing Indonesian Navy official Wahyudin Arif, that the military discovered human body parts and some debris (including a one metre-long piece of the plane's fuselage).

Later in the day, Indonesia National Transport Safety Committee head Soerjanto Tjahjono said the authorities had located two black boxes from the plane, expressing hope that they would soon be retrieved.

© REUTERS / Ajeng Dinar Ulfiana
Indonesian rescue members inspect what is believed to be the remains of the Sriwijaya Air plane flight SJ182, which crashed into the sea, at Jakarta International Container Terminal port in Jakarta, Indonesia, January 10, 2021. REUTERS/Ajeng Dinar Ulfiana TPX IMAGES OF THE DAY

Kompas TV later reported that divers managed to pick up signals for the plane's two flight recorders with an underwater metal detector and a pinger locator.

The Indonesian passenger flight took off from Jakarta en route to Pontianak in West Kalimantan but disappeared four minutes after takeoff, at 14:40 local time (07:40 GMT) on Saturday. The pilots did not send out an emergency alert, with Sriwijaya Air stressing that the aircraft was in good condition.