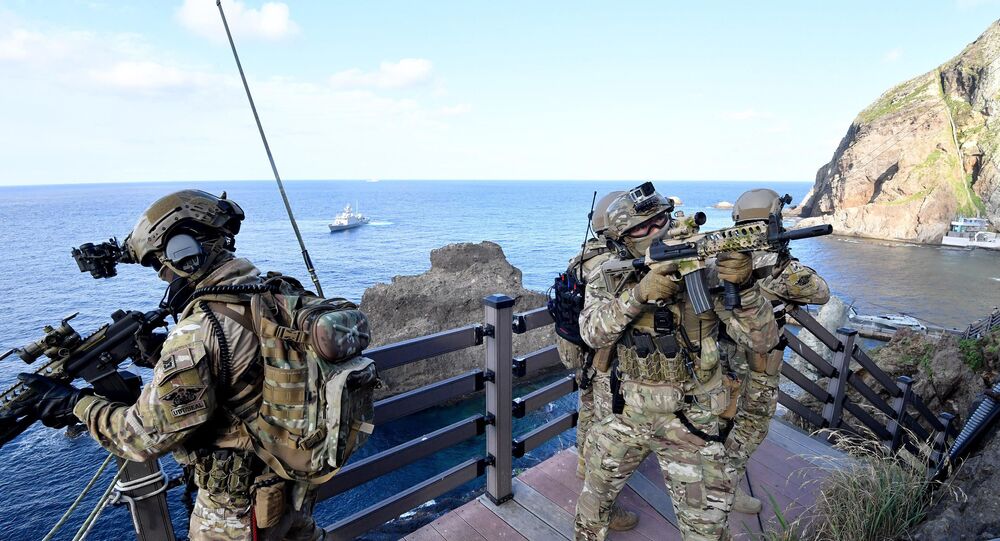 SEOUL (Sputnik) - A South Korean navy officer who went missing while aboard a patrol vessel late Friday was found dead on Saturday in the waters near the maritime border with North Korea, State news agency Yonhap reported.

The officer's body was found near the border island of Baengnyeong after overnight search operations scoured the area, the agency said, citing the country’s Joint Chiefs of Staff.

The navy officer was last seen at 21:35 local time (12:35 GMT) on CCTV cameras aboard the ship the night before onboard a Chamsuri-class patrol boat in the Yellow Sea, west of the Korean peninsula. Weather conditions were unfavourable at the time of disappearance, Yonhap reported.

The South Korean navy launched a probe into the circumstances with all possibilities remaining on the table, an officer told the agency.

In September, a diplomatic crisis erupted between the two Koreas when a South Korean government official attempted to cross into the North by sea — reportedly fleeing from debt issues — but was apprehended and killed by North Korea’s border troops. Pyongyang apologised for the incident soon thereafter.