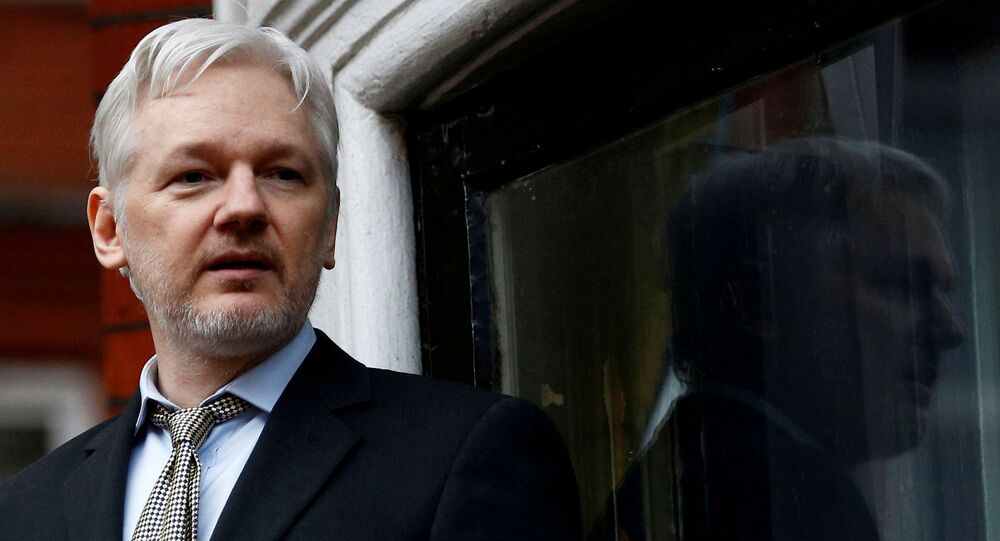 Politicians in the country have called on US President Donald Trump to pardon the Australian in the past, with the idea being supported by activists, whistleblowers, and journalists worldwide. POTUS, however, has so far ignored the calls and the US intends to appeal a UK judge's recent decision to reject the extradition request.

Members of the Australian opposition are urging the government to convince the US to not pursue the extradition of WikiLeaks founder Julian Assange after a UK judge rejected the first attempt to do so. Coalition backbencher George Christensen from the Liberal National Party of Queensland and independent Senator Rex Patrick suggested that a presidential pardon might be the best way for the US to end its longstanding feud with the whistleblower, who accuses Washington of suppression of the press and free speech.

"I also call on President Trump and President-elect [Joe] Biden, to let this be the end of the matter. Julian Assange should be lauded as a hero, not a villain", Wilkie argued.

Australia's shadow attorney general, Mark Dreyfus of the Labour Party, argued in the wake of the British judge's ruling that it was high time for Assange's persecution "to be brought to an end". The US Department of Justice, however, indicated that it intends to appeal the UK judge's decision.

"While the US has the right to appeal the court’s decision, we call on the Morrison government to do what it can to draw a line under this matter and encourage the US government to bring this matter to a close", Dreyfus argued.

The Labour Party stopped short of encouraging the government to demand a pardon for Assange, but still indicated the need to bring "this matter to a close". The party stressed that Canberra must "do what it can to draw a line" under the Assange case. The "Bring Julian Assange Home" parliamentary group's co-chairs, in turn, urged the Australian government to rule out any possibility that Assange will be extradited to the US, should he ever return to his homeland.

In interviews following Judge Baraitser's ruling, Australian Prime Minister Scott Morrison said the government is not planning to take any steps to help close the case against Assange at the moment. However, he expressed readiness to provide consular services to him and promised that, should the legal proceedings turn out in his favour, he would be free to return to Australia like any of its citizens.

District Judge Vanessa Baraitser ruled on 4 January that US extradition request for Assange must be rejected on the grounds that the whistleblower is at a high risk of committing suicide in US confinement. She argued that Assange had enough "intellect and determination'' to outsmart any suicide prevention measures introduced by the American authorities. At the same time, she rejected all the other arguments of the whistleblower's defence, such as allegations that he is being prosecuted in the US on political grounds, that he would not have a fair trial there, and that Washington's actions amount to suppression of free speech and the press.

Assange Extradition Denied by UK Judge - What Happens Next?

Pamela Anderson Says ‘Fight Is Not Over’ Amid Assange Extradition Rejection

Assange Extradition Ruling Strikes Blow to US, Yet No Victory for Free Press, Experts Say