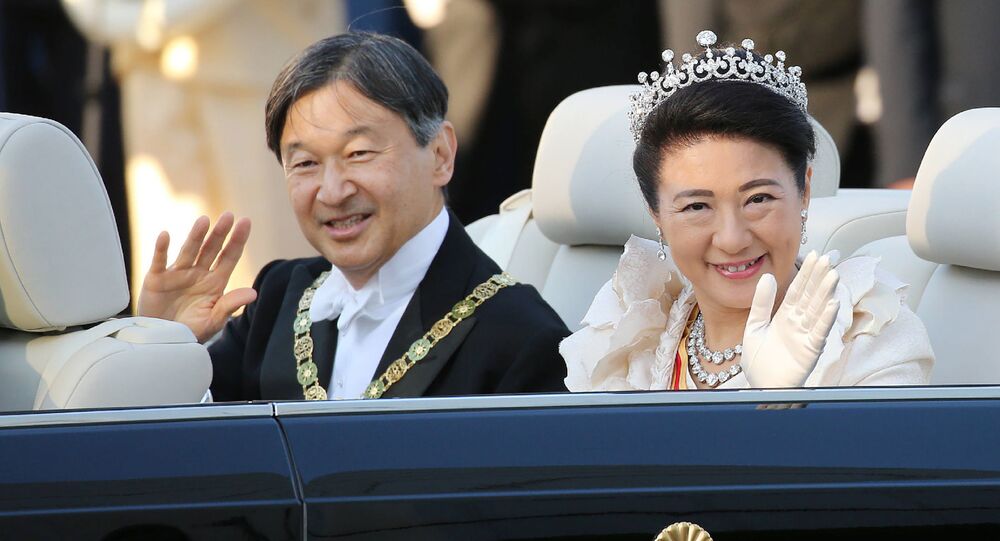 Catch Me If You Can: Man Arrested After Breaking Into Japanese Emperor's Residence, Reports Say

The suspect spent two hours at the Tokyo residence of Japanese Emperor Naruhito before being busted by the Imperial Guard, Fuji News Network (FNN) reported on Sunday, quoting police officials.

A 29-year-old man has been arrested after purportedly breaking into the normally heavily guarded residence of the Japanese emperor on Saturday night, the Fuji News Network (FNN) reported.

The suspect, who has not been named, is said to have entered the Akasaka residential complex for imperial family members via an adjacent guesthouse, and spent two hours there before being discovered by the Imperial Guard who caught him near the residence of Princess Yuriko, the great-aunt of Emperor Naruhito.

According to the Fuji News Network, the entrance gate of the guesthouse was not guarded at the time.

TBS news, meanwhile, has also reported the alleged break-in, saying the suspect told the police that he wanted to meet members of the imperial family.

Japan's Emperor Naruhito proclaimed his ascension to the throne in an official ritual-bound ceremony in October 2019, promising to perform his role as the symbol of the Japanese state and people.

Along with his wife, Empress Masako, he delivered the New Year's speech via video on Friday for the first time, after a traditional appearance was called off due to the raging coronavirus pandemic.