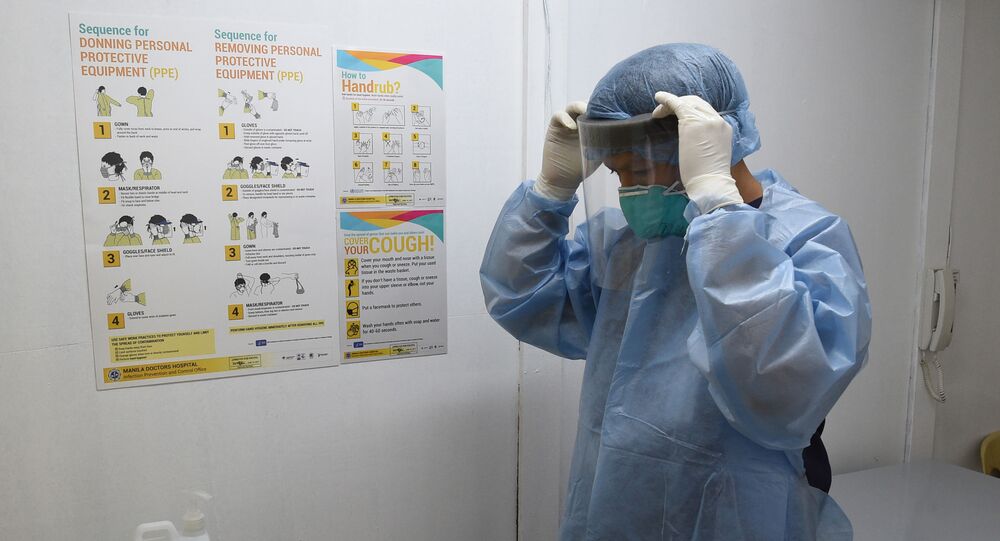 While China was the first country to report cases of the new coronavirus, there was no solid evidence as to the origin of the virus, which had mutated to affect not only animals, but also humans. However, US President Donald Trump has persistently claimed that the Chinese government "developed" the COVID-19 pathogen in a lab.

China's Foreign Minister Wang Yi has revealed that Beijing launched an epidemiological investigation soon after the COVID-19 virus was discovered and said that the research has shown the current pandemic was "likely" caused by a series of separate outbreaks in multiple places around the world.

Wang Yi added that China was the first country to report cases of the coronavirus infection in humans and noted that Beijing immediately began efforts to identify the pathogen, conduct genome sequencing, and make the information public. He went on to add that the country also had to wage war not only against the virus and help other countries do the same, but also to combat the spread of false information about the disease and its origin.

"We have stood at the forefront of fighting misinformation, rebutting attempts of politicisation and stigmatisation. We were determined to make sure that the objective narrative and collective memory of the battle against the pandemic would not be distorted by lies", Wang Yi said.

The Chinese foreign minister's remark comes in light of continuing allegations made by US President Donald Trump that the virus had been artificially altered in a biological laboratory in China and was purportedly accidentally released. Trump has repeatedly referred to the disease as the "Chinese virus" and "Kung Flu", but has failed to present evidence that would support his allegations about COVID-19's origins.

In December 2019, China was the first to report the mutation of a coronavirus that had previously only affected animals. However, Beijing strongly denied Trump's accusations that the pathogen was created artificially in a Chinese lab. The government also denied POTUS' insinuations that Beijing deliberately downplayed the scale of the outbreak at home, leading to the spread of the disease around the world.