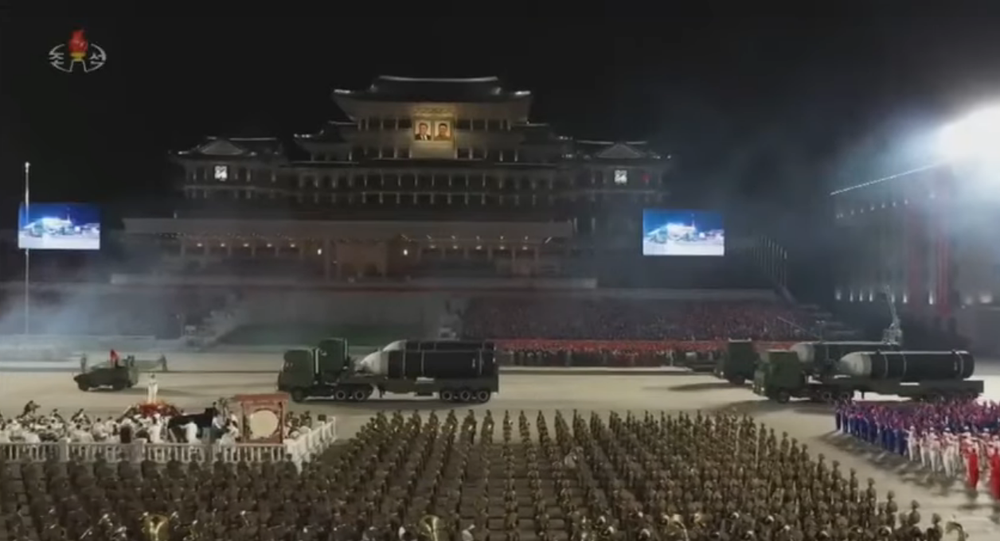 North Korea is set to hold a party congress in January for the first time in over four years, where new economic development plans are reportedly to be unveiled, as well as policies on the United States and South Korea.

Crowds of people in North Korea were reportedly seen assembled in a square in central Pyongyang to form a slogan while "apparently practicing for an upcoming event" purportedly related to a Workers' Party congress, according to a US monitoring website.

Thousands of people were observed at Kim Il Sung Square apparently practicing for an upcoming event—those in formation spelled out "결사옹위,” which means to defend with one’s life. Analysis by @martyn_williams.
📷: @Maxar https://t.co/9UWExKYOTD

​Satellite imagery on 26 December showed thousands of people in Kim Il-sung Square making a formation and spelling out "kyeolsaongwi" in Korean, which means to "defend with one's life", according to 38 North.

I also think the Dec26 practice reported by @38NorthNK was related to either civilian or military parade. Text layout without full background is military parade style (img 2).

​"At least one parade is expected to take place around the Eighth Party Congress in January and training has been observed at Mirim Parade Training Ground," the website said.

The monitoring site added that political messages formed using red placards, like those in the satellite image are relatively common during events of this nature. They “require practice to perfect timing and accuracy", added the website.

Surrounded by high walls, the intriguing structure was situated close to the viewing platform used by North Korean leader Kim Jong-un and other high-ranking officials during military and civilian parades.

© Sputnik / Илья Питалев
Military vehicle during a parade in Pyongyang

North Korea is set to hold a party congress in January for the first time in more than four years, at which it plans to unveil new economic development plans.

The congress has drawn keen attention from the outside world ahead of a suggested impending announcement of the country’s new policy line on the United States and South Korea.