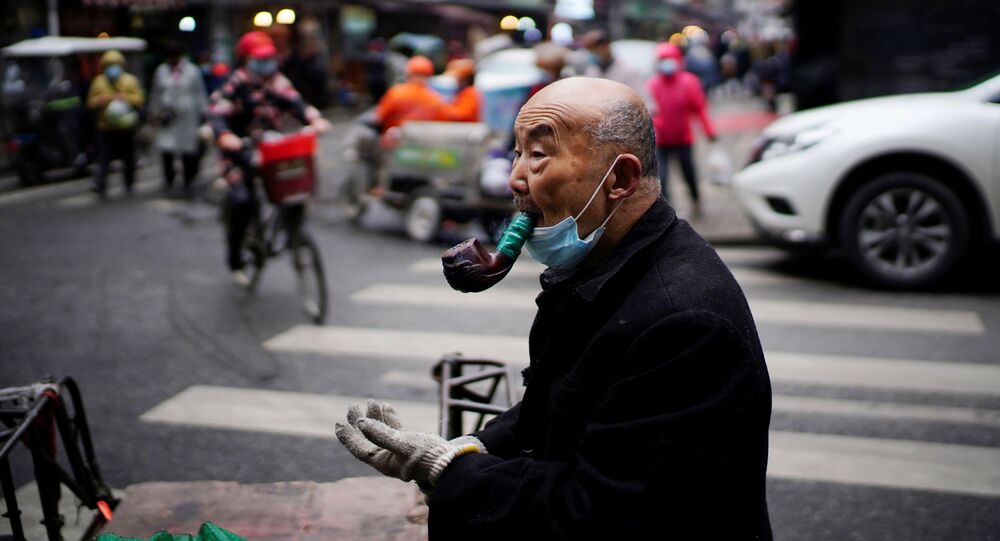 The COVID-19 pandemic first broke out in the Chinese city of Wuhan. According to the World Health Organization (WHO), the outbreak of the novel coronavirus was first reported there on December 31, 2019. Since then, the virus has spread to more than 200 countries and territories across the globe, infecting more than 81 million people.

A recent study conducted by Chinese public health authorities reveals that the number of COVID-19 cases in Wuhan earlier this year may have been 10 times the recorded tally, meaning that as many as half a million residents of the city in Hubei Province may have been infected with the virus during the outbreak’s early days.

The study, released late Monday by the Chinese Center for Disease Control and Prevention (CDC), surveyed more than 34,000 people in April and found that around 4.4% of those tested were found to be carrying antibodies for SARS-CoV-2, the virus that causes COVID-19.

The study estimates the scale of past infections in a population from testing blood serum samples from a group of people for COVID-19 antibodies.

The serological survey thus suggests that as many as 500,000 residents of Wuhan, which has a total population of 11 million, may have been infected, which would represent a nearly 10-fold increase from the 50,000 confirmed COVID-19 cases reported by officials in April, Bloomberg reported.

The study also suggests that the infection rate in Wuhan was much higher than in other parts of China. For example, the survey indicated that only 0.44% of Hubei Province residents surveyed were carrying antibodies. In addition, only two people tested positive for such antibodies among 12,000 people surveyed in six other cities and provinces, including Beijing, Shanghai and Guangdong.

Yanzhong Huang, a senior fellow for global health at the Council on Foreign Relations, told CNN that the study results indicate that infections were underreported during the initial COVID-19 outbreak in Wuhan.

As of Sunday, there had been 50,354 confirmed cases of COVID-19 in the city, according to the Wuhan Municipal Health Commission.

Last month, leaked documents provided to CNN from an anonymous whistleblower who worked in the Chinese health care system indicated that the COVID-19 case numbers released to the public during the outbreak allegedly did not contain the full extent of the internal data to which officials had access. For example, on February 10, Chinese officials reported 3,911 new confirmed or suspected cases in Hubei to the public. However, in a file labeled “internal document, please keep confidential,” the Hubei Provincial CDC recorded 5,918 new confirmed, clinically diagnosed, suspected or test-confirmed cases on that date.

China has faced extensive criticism for its initial handling of COVID-19, with countries like the US accusing China of covering up the early days of the pandemic in the country.

In May, US President Donald Trump accused the WHO of helping the Chinese government conceal the deadly virus, prompting him to cut the US' ties with the agency.

“The world is now suffering as a result of the malfeasance of the Chinese government,” Trump said in a speech in the White House's Rose Garden at the time. “Countless lives have been taken, and profound economic hardship has been inflicted all around the globe.”

China has repeatedly defended its COVID-19 response. In June, the Chinese government said that it has always published COVID-19 related information in a timely and transparent fashion.

North Korea Cracks Down on US Dollar as a Market Control Measure Amid COVID-19 Pandemic, Media Says