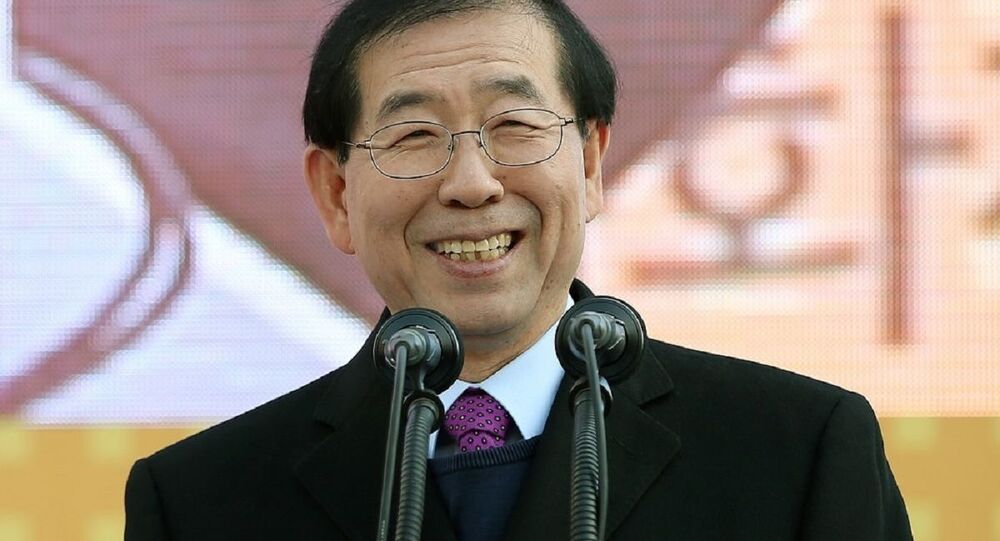 MOSCOW (Sputnik) - The five-month investigation into the alleged sexual misconduct of late Seoul Mayor Park Won-soon was closed without conclusions and will be passed on to prosecutors for further review, South Korean news agency Yonhap reported on Tuesday, citing the police.

The complaint was filed by the ex-mayor's female assistant two days before he was found dead in a forest outside his official residence in Seoul on July 10. Amid a suspected suicide, a handwritten note was found on him reading "Sorry."

"We looked into the submitted documents and called in the victim and witnesses, but since Park was found dead we plan to transfer the case to the prosecution without indictment according to the relevant law," the news agency quoted a Seoul Metropolitan Police officer as saying.

According to the report, the police questioned 26 witnesses and five defendants, and conducted a forensic analysis of Park's cellphone, but decided not to disclose the findings out of respect for the late mayor's family dignity.

The victim's lawyer, Kim Jae-Ryun, has expressed regrets to Yonhap over the police closing the investigation.