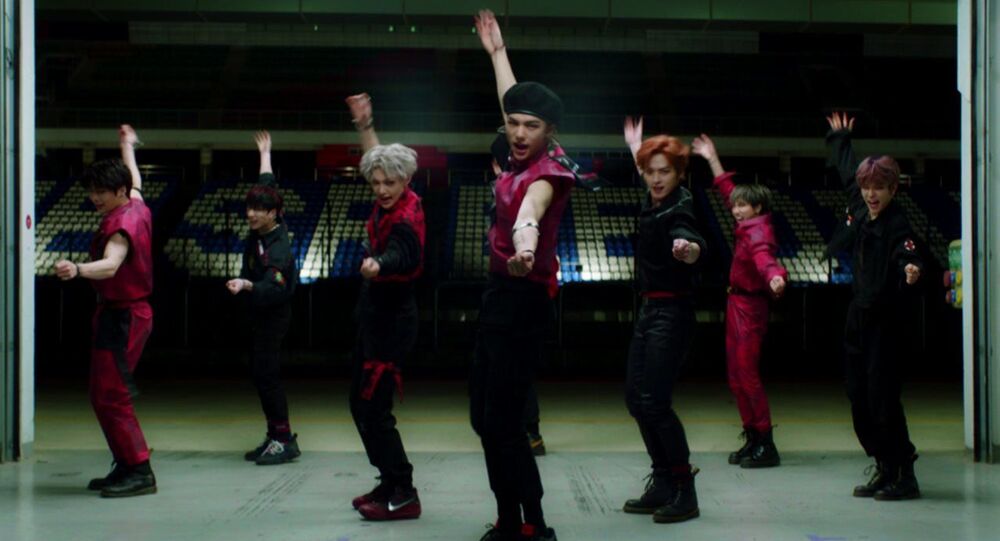 The music industry has suffered a lot from the COVID-19 pandemic, but the Korean scene still had a lot to show the audience despite all the circumstances.

One of the most unusual girl-band concepts rocked with their first Korean full-length album named Dystopia: The Tree of Language and lead single Scream. The girls have one of the most beautiful fantasy concepts of Korean girl-bands and this year made a real breakthrough despite their debut in 2017.

The biggest project by SM Entertainment did really good work this year with all their units - NCT Dream, WayV, and NCT 2020. But still the most impressive and energetic was Neo Zone by NCT 127 unit as many fans really needed some fighting spirit at the beginning of the year and bought the vibe with the lead single Kick It.

Another atmospheric girl-band - (G)I-DLE, which is not only producing its own albums and songs, but also is not afraid to experiment in visuals. This year the band made a huge breakthrough with two singles from the album Lion and Oh my God (the music video for which was nominated for 2020 MTV Video Music Award for Best K-Pop Video).

The second mixtape by a member of K-Pop phenomenon BTS Suga with the lead single Daechwita which was released in May 2020. Four years since August D's first solo release in 2016, the popular rapper made a traditional Korean-themed release with a modern mood. The whole mixtape reflects the rapper's point of view and his growth as a person and artist since 2016.

Debuted back in 2018 through the Produce 48 reality survival show, this girl-band went through quite a difficult time, starting in 2019, involved in vote-rigging by Mnet. Yet they were strong enough to bring some summer vibes with their comeback Oneiric Diary and the lead single Secret Story of the Swan.

Beloved by millions, Blackpink, whose comeback has been impatiently awaited by fans for almost a year since Kill this Love in 2019, triumphantly went through charts right up to first place even before their comeback had peaked. The lead single How you like that, which was released a couple of months before the whole album, proved the power of Blackpink on the Korean stage as they immediately broke several Youtube records, such as one of the most-liked videos on YouTube with more than 17 million likes.

Third Korean studio album by Shinee's youngest member was divided into two acts and had several lead singles, but the most amazing and powerful, proving Taemin's incredible talent, are Criminal and Idea. From comeback to comeback, this artist improves himself to another level and attracts a lot of attention for being a unique solo singer. Visuals and concepts he depicts in his career have individuality, yet are bound in one story - that only Taemin can reflect.