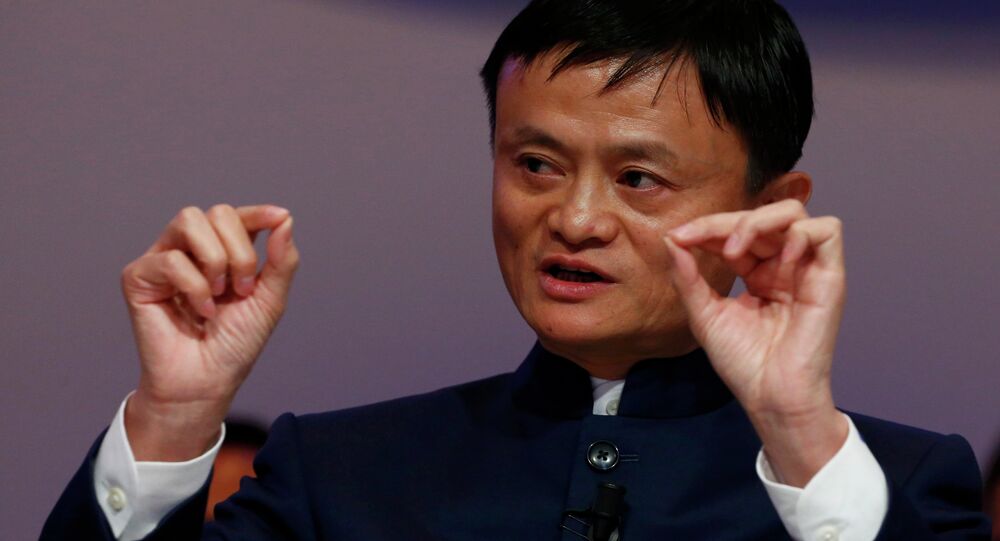 Jack Ma’s Net Worth Down $3.6Bln in Day as Alibaba Shares Fall on China’s Antitrust Probe

On Thursday, China's State Administration for Market Regulation (SAMR) announced an antitrust probe into Ma’s empire. After the news, Alibaba's shares dropped by 8.1 percent in the Hong Kong Stock Exchange and 13.3 percent at Nasdaq. Alibaba Group has said that it is ready to actively cooperate with the investigation.

At the close of trading on Thursday, Ma’s net worth was estimated at $57.3 billion, down $3.6 billion, according to Forbes. The businessman ranks 19th on the list.

© REUTERS / Brendan McDermid/Files
Specialist traders work at the post that trades Alibaba Group Holding Ltd during the company's initial public offering (IPO) under the ticker "BABA" at the New York Stock Exchange in New York in this September 19, 2014 file photo

The antitrust probe against Alibaba comes after the Shanghai Stock Exchange suspended the planned record-setting initial public offering (IPO) of Alibaba-affiliated Ant Group in November. The Wall Street Journal reported on Sunday, citing sources, that Ma had offered to hand over parts of his financial-technology giant Ant Group to the Chinese government in an attempt to save the IPO, which had been delayed by regulatory authorities.

According to the publication, the offer did not help to salvage the IPO since Beijing was angered by Ma's criticism of Beijing's excessive regulations in the national financial industry, which he viewed as a major obstacle to the growth of new financial services and innovations.