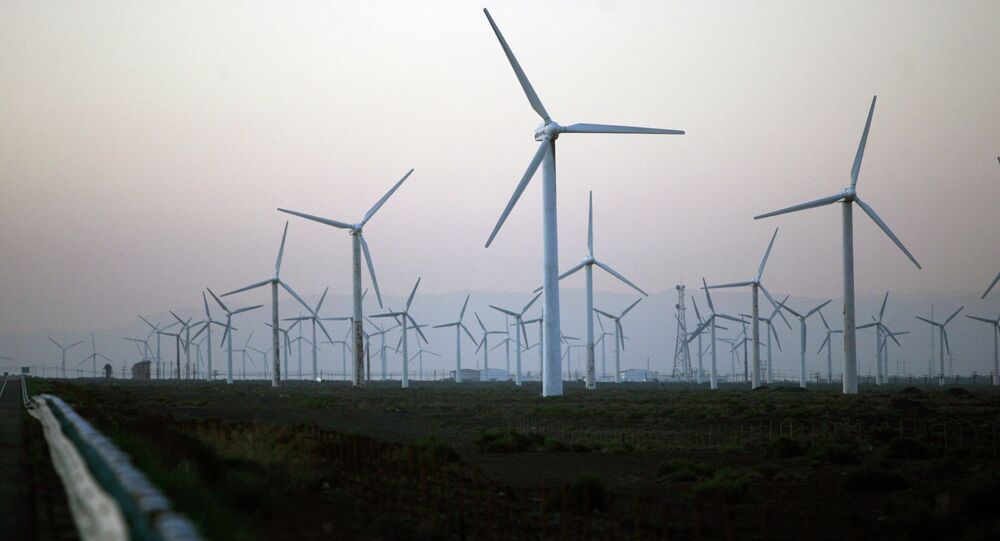 The new policy outline comes on the heels of news about China’s first indigenously-designed nuclear reactor coming online and a successful test of an experimental fusion reactor, both of which could help the country become carbon-neutral and energy independent.

Among the changes proposed include reforms to the country’s energy consumption practices in order to maximize energy conservation; upgrading its industry to accommodate the energy efficiency push; an increased push toward diversified energy sources, especially renewable energy and nuclear power; and introducing further market forces into the energy sector in the interests of streamlining government administration.

In addition to these reforms, the report also calls for increasing international cooperation, especially along the lines of the Belt and Road Initiative, to build mutual energy independence with other nations.

The report hails China’s existing energy accomplishments, including its prioritization of so-called “clean coal” as the world’s largest coal consumer, its 10.8% reduction in coal use since 2012 and its world leadership in increasing its own carbon emissions-cutting goals well above those of other world powers. Beijing now estimates its carbon emissions will peak in 2030 and that the country will be totally carbon-neutral by 2060.

However, the report also notes that at the end of last year, China was the world’s largest producer of clean energy, too, accounting for 30% of the world total. China leads the globe in installed solar, wind, biomass and hydroelectric power.

It also notes that by 2015, China achieved the monumental goal of total electrification of the country, providing power to the last areas that previously lacked access to it. This is part of a larger program toward poverty alleviation that has centered renewable energy production; the report notes that since 2014, a vast expansion of solar power generation has benefited nearly 60,000 poor villages and 4.15 million poor households and created 1.25 million new jobs.

In addition, China accounted for more than half of the world’s “new energy vehicles,” including electric plug-in cars, hybrids gas-electric cars and fuel cell cars, with 1.2 million new vehicles hitting the road last year. Accordingly, China also now has the largest car-charging network on the planet and has set a goal of totally phasing out new cars powered purely by petroleum products by 2035.

Part of its push to make energy use greener has been transitioning from using coal and oil as heating fuel toward totally electric heating systems, along with similar moves in manufacturing and transport; the report notes a 32.6% increase in electricity use that displaced other sources of energy in just the last year.

Late last month, the No. 5 unit at the Fuqing Nuclear Power Plant was connected to the power grid in Fujian Province. Known as Hualong One, it is the country’s first operational nuclear reactor of domestic design. While China paused nuclear plant projects for several years after the Fukushima Daiichi disaster in Japan in 2011, that ban was recently lifted, and several other reactors of the Hualong One design are under construction, including one in Pakistan. The reactor is among the most advanced in the globe, a direct competitor with US-based Westinghouse’s AP1000 reactor.

© AFP 2021
This picture taken on July 24, 2012 shows workers watching as water is released from the Three Gorges Dam, a gigantic hydropower project on the Yangtze river, in Yichang, central China's Hubei province

Just a week after Hualong One powered up, an experimental fusion power plant was turned on for the first time in Chengdu, Sichuan Province. Unlike the nuclear fission that powers conventional nuclear power stations, fusion power produces almost no harmful radiation and is capable of truly vast amounts of power generation, being the same chemical process that powers the sun. However, it will be many years before a functional fusion power station becomes operational.