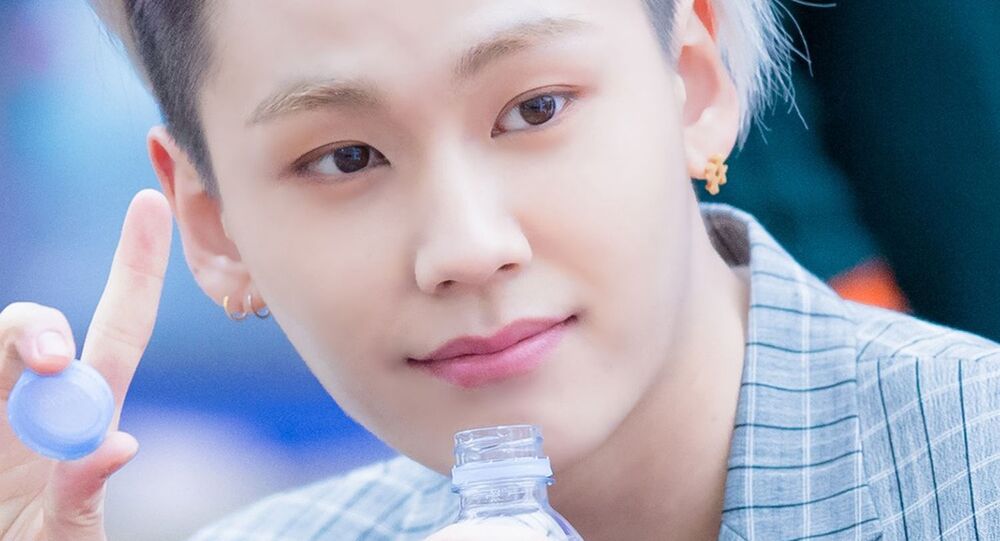 Korean idols are known for their perfect image and present themselves as hard-working and clean-living. But even something as perfect as the moon has a dark side.

The K-Pop community was shocked to the core to learn that a member of the popular boy-band BTOB was accused of smoking marijuana on 21 December.

Television network, Channel A, broadcast the news that police had received witness statements that BTOB member Ilhoon had been a user of marijuana since about five years ago up to the last year. The police also took a hair sample of the pop idol and detected drugs in it.

According to the report, Ilhoon bought marijuana via a dealer with cash and the dealer immediately turned the cash into virtual currency to avoid tracking.

Right after the report was released, Ilhoon's label - Cube Entertainment - denied knowing anything regarding a drug investigation, but then made an official statement with apologies on their and Ilhoon's behalf and confirmed that he has been summoned by the police for questioning on charges.

It is not the first time a pop idol has been caught or accused of smoking marijuana which is illegal in Korea.

Member B.I from famous group IKON was under investigation for buying marijuana back in 2016. This scandal led to his departure from the group. BIGBANG's leader G-Dragon, who is a massive influence not only on the K-Pop industry, but also on the worlds of fashion and art, also had a warning from authorities for smoking marijuana in 2011 and his co-member T.O.P was allegedly charged with smoking marijuana in 2017.

Fans are sceptical about the allegations surrounding Ilhoon as he is currently performing community service before being tested.

Ilhoon is currently serving as a public worker. Don't they take tests and medical check ups before enlisting? Meaning he passed all those then suddenly they're saying there there was a trace of drug in his hair?? This is shady and sus af

you think korea is trying to hide coronavirus cases (widely available knowledge that anyone with access to news can find out about) by using an idol nobody cares about???? yall are not the detectives you think you are https://t.co/NhB5LpIAEC

It took them 7 months from Ilhoon enlisting to now to figure that out? They don't do drug tests over there?? I'm??