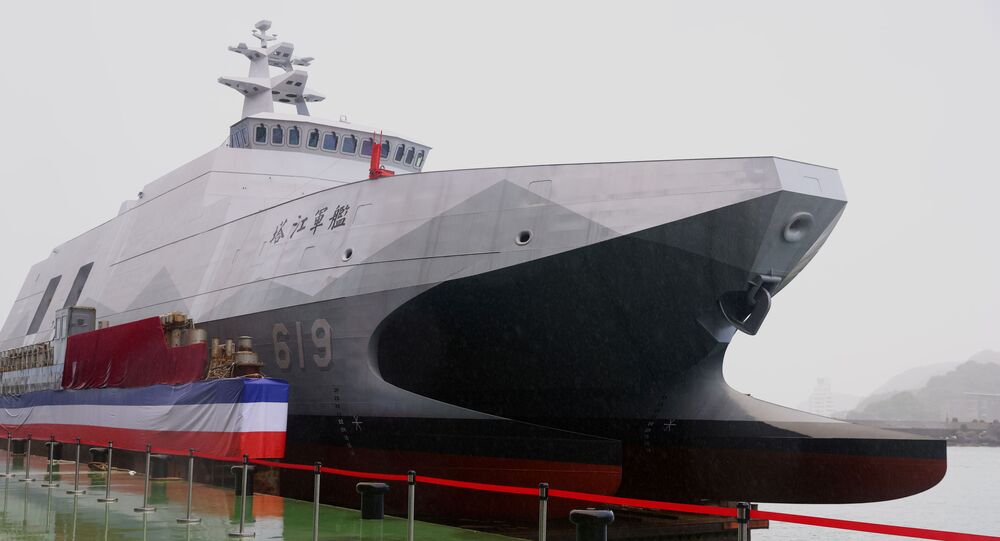 Beijing previously slammed the US for sending one of its destroyers through the strait, which serves as a buffer between mainland China and Taiwan, an island that Beijing considers to be an inalienable part of its territory.

Taiwan has put on alert and deployed its ships and jets over the passage of Chinese aircraft carrier the Shandong, which was accompanied by four warships, through the Taiwan Strait on 20 December. According to Taipei, six warships and eight aircraft were sent out to "stand guard" as the Chinese carrier group sailed through the strait.

"With the support of the people, the national armed forces have the confidence and ability to guard the homeland, and ensure national security and safeguard regional peace and stability", Taiwan's Defence Ministry said in regards to the incident.

Beijing did not comment on the news of the Shandong, the latest addition to its small fleet of aircraft carriers, crossing the Taiwan Strait. It did, however, condemn the passage through the said waterway by the American destroyer USS Mustin on 19 December. The Chinese military's Eastern Theatre Command slammed it as an attempt to send "flirtatious glances" at forces that seek Taiwan's "independence" and added that the Chinese PLA's forces have been "tailing" the warship's movements.

Escalating Tensions in the Taiwan Strait

The Chinese military argued that the USS Mustin's actions had contributed to "jeopardising peace and stability in the strait", which is in line with Beijing's criticism of the US continuing operations in the waters, which China sees as a part of its territory. The US has sent military vessels to the strait 12 times this year alone, despite repeated protests from China.

Beijing considers Taiwan a part of its territory, although technically does not control it. Washington also recognised the One-China policy back in 1972, but has recently scaled back on it, engaging in direct negotiations with Taipei and even discussed arms sales to it, thereby infuriating Beijing.

Another point of conflict between China and the US is the White House's continued military patrols in the disputed waters of the South China Sea. Five states claim sovereignty over parts of the sea, but China controls most of it. Washington, in turn, tries to dispute Beijing's dominance by sending warships to the region under the pretext of Freedom of Navigation Operations. Beijing has repeatedly cautioned Washington against such "provocations", warning that they might, one day, lead to an armed confrontation.