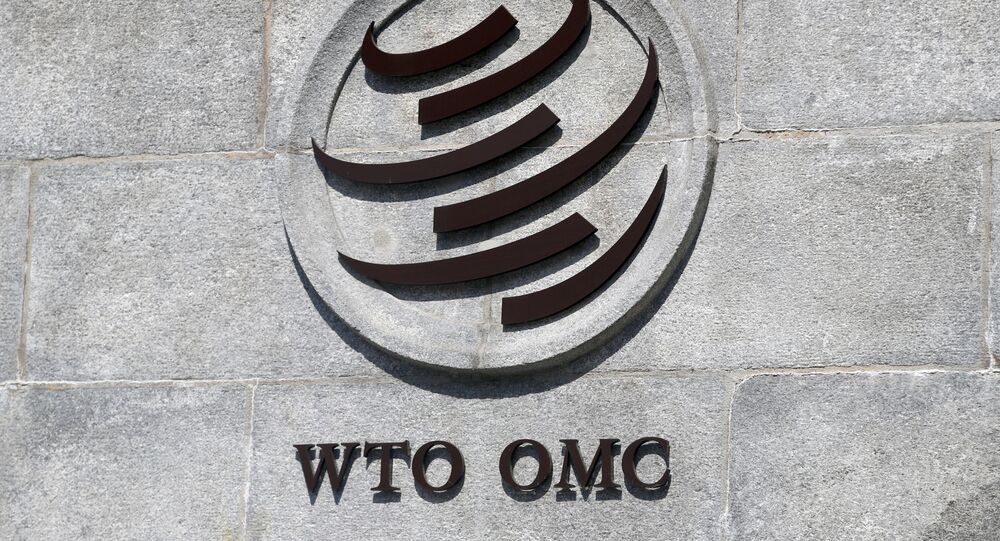 Australia Complains to WTO About Punitive Chinese Tariffs on Barley

In May, Beijing slapped over 80% of five-year duties on Australian barley exports, including a 73.6% anti-dumping tariff and a 6.9% anti-subsidy tariff, following a 16-month probe into an anti-dumping complaint. The move also came soon after Australian PM Scott Morrison called for an independent investigation into the origins of COVID-19.

The Australian government is taking action against Beijing at the World Trade Organisation (WTO) over huge five-year tariffs imposed by China on Australia’s barley exports amid diplomatic tensions between the two countries, Trade Minister Simon Birmingham said on Wednesday.

The official said the Chinese duties “lack basis” and “are not underpinned by facts and evidence”, adding that his country will file a request to the WTO as soon as Wednesday to launch an investigation into the tariffs imposed by a key trade partner.

“We will make this formal request to the WTO tonight,” Birmingham told reporters. “WTO dispute resolution processes are not perfect, and they take longer than would be ideal, but ultimately, it is the right avenue for Australia to take.”

Commenting on the findings of Beijing’s investigation into an anti-dumping complaint about Australian barley, the minister argued that Canberra is “highly confident” that it has strong evidence to “defend the integrity” and “proprietary” of Australian farmers and grain growers.

“We have full confidence that they are not unduly subsidised, that they do not dump their product in global markets, they have operated with nothing but commercial imperatives in relation to the way they have engaged the China market, provided the Chinese customers, over a sustained period of time, with a high quality, value for money, market-oriented opposition in relation to Australian barley,” Birmingham stated.

Australia’s barley exports to China are estimated at $1 billion a year. On 19 May, Beijing slapped five-year duties on barley imported from Australia, including a 73.6 percent anti-dumping tariff and a 6.9 percent anti-subsidy tariff following months of investigation into whether the country has been dumping barley into the Asian nation.

The tariffs came amid deteriorating diplomatic relations between the two countries, in particular in the wake of Canberra calling for a probe into the origin of the coronavirus pandemic, which started initially in the Chinese city of Wuhan, in the Hubei province.

White House Says to Serve Australian Wine at Reception, China Will 'Miss Out' Over Tariffs

US Could Impose Tariffs on Vietnamese Imports Amid Currency Manipulation Claims