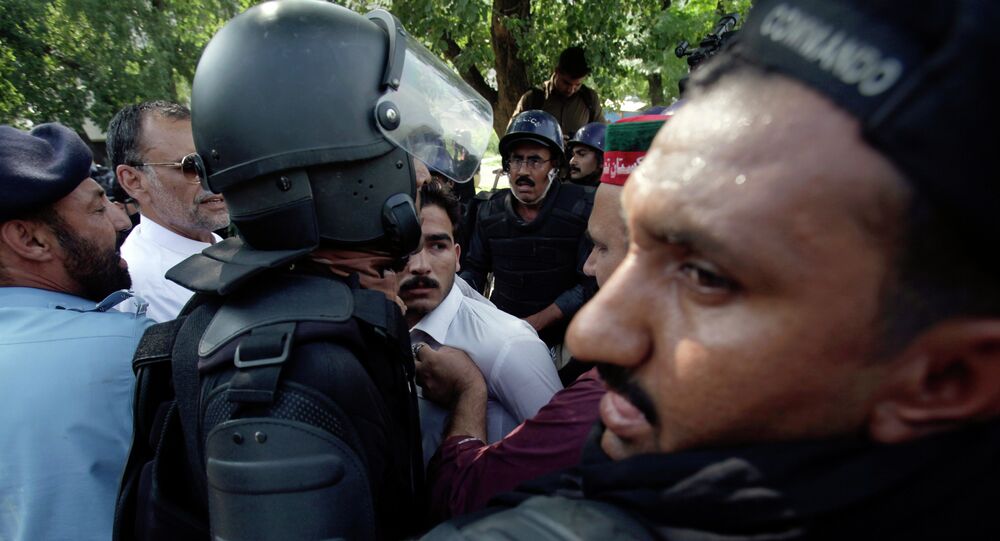 According to the newspaper, the stock exchange's building was the new target of a group that is believed to be responsible for multiple bombings in the country's fourth-largest city of Rawalpindi.

The CTD received the information about the whereabouts of the three attack plotters from an anonymous source, the newspaper reported, adding that law enforcement officers subsequently raided their hideout. Apart from detaining the the suspects, officers also seized explosives and detonators.

Those detained claimed responsibility for the four bombings in Rawalpindi that took place in January, March, June and December, killing four civilians and injuring more than 30 others. They also said they were guided by the ideology of the Tehrik-i-Taliban Pakistan (TTP) group, while following instructions from Afghanistan, the newspaper reported.

The CTD also told the paper that the detainees have admitted planning to target the Islamabad Stock Exchange.

The authorities have launched an investigation in an effort to unearth the entire criminal network.