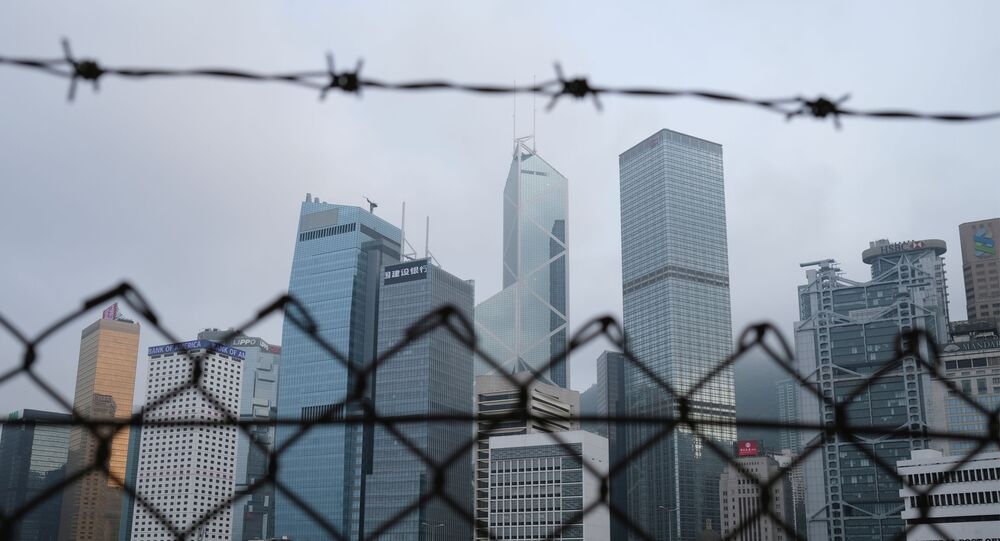 The US moved the other day to impose financial sanctions and a travel ban on 14 Chinese officials over their purported part in adopting a national security law for Hong Kong earlier this year, among other roles.

The Chinese Foreign Ministry has announced it is revoking its visa exemption treatment for holders of US diplomatic passports visiting Hong Kong and Macau, a region on the south coast of China, the ministry's spokeswoman Hua Chunying told a news conference in Beijing on Thursday.

Addressing the US blacklisting a Chinese crime boss, Wan Kuok-koi, in its anti-corruption sanctions, the ministry said Washington is leaping at any opportunity “to smear china”, slamming such behaviour as “despicable”.

On Monday, the United States imposed financial sanctions and a travel ban on 14 Chinese officials over their role in adopting a national security law for Hong Kong and Beijing's recent rejection of elected opposition legislators in Hong Kong.

Following the move, the Chinese deputy foreign minister went ahead and summoned Robert W. Forden, the charge d’affaires at the US Embassy in Beijing, to lodge a solemn protest over the American sanctions, blasting them as "a serious violation of the basic principles of international relations" that "seriously interfered with China's domestic affairs, and seriously damaged China-US relations".

According to Forden's statement, in which he expressed concerns over the state of affairs in Hong Kong, Beijing has repeatedly used the law to suppress freedom of expression and assembly there, to arrest Hong Kong residents who have peacefully opposed Beijing's policies.

Separately, the US State Department last week cut the duration of visas for the 92 million members of the ruling Communist Party and their families from 10 years to one month, allowing only single-entry permits, in another example of the increasingly hardline stance adopted by the Trump administration.

In late November, reports emerged suggesting that Beijing plans to sanction four people due to their suspected "egregious" behaviour of meddling in the domestic affairs of Hong Kong - something perceived as a response to the Trump administraion slapping sanctions on a further four Chinese officials in the special administrative region on 12 November.

China's administrative region of Hong Kong has seen several waves of civil protests since 2019. The most recent came in opposition to a security bill expanding the powers of the central authorities throughout the territorial unit. Both central and local governments have since argued that the bill seeks to ensure security in the region and is in no violation of residents' rights.

US Designates 14 Chinese Officials in New Sanctions Over Hong Kong