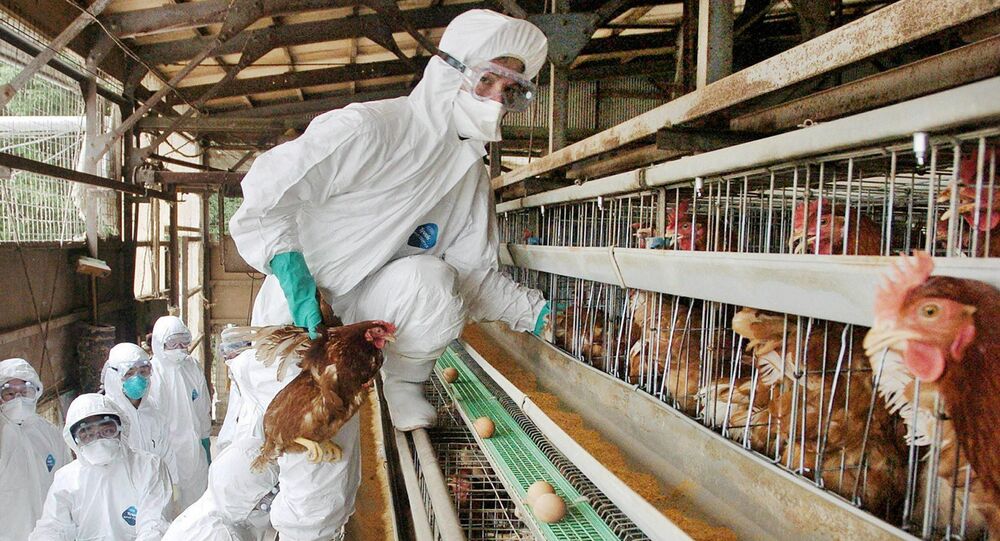 On early Thursday, the outbreaks were confirmed in the prefectures of Oita and Wakayama, the Kyodo news agency reported. Some 67,000 chickens will be culled in Wakayama while 55,000 more in Oita.

© Sputnik / Владимир Вяткин
Wave of New Bird Flu Strain Cause Swans to Bleed and Die in Britain
Before that, the bird flu outbreaks have been discovered in the prefectures of Kagawa, Fukuoka, Hyogo, Miyazaki, Hiroshima and Nara. According to the Ministry for Agriculture, more than 2 million domestic birds have already been exterminated to prevent the spread of the disease.

Earlier, an outbreak of the H5N6 bird flu was registered in the southwestern Chinese province of Sichuan. Out of 2,497 domestic birds, 1,840 were infected and died.