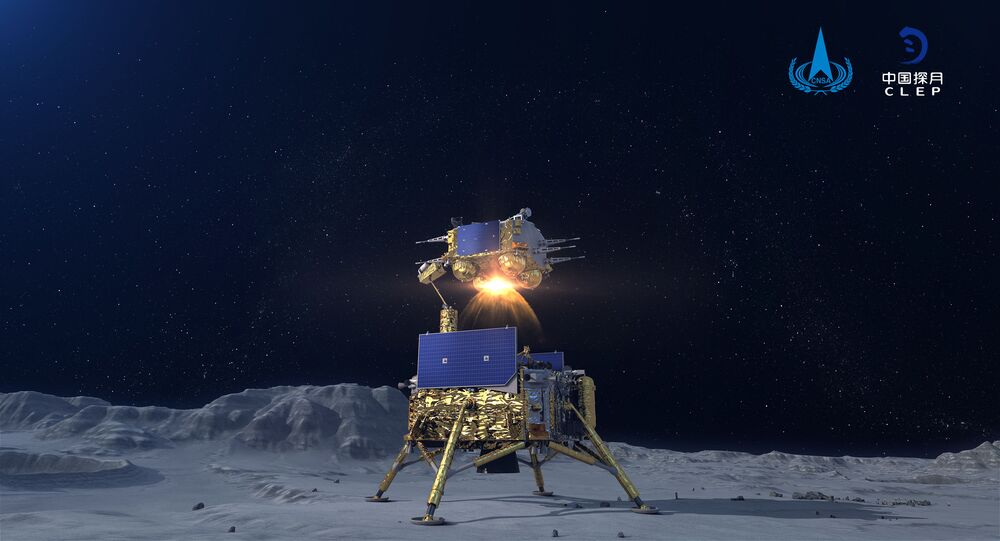 The People's Republic of China planted its flag on the lunar surface on Thursday, successfully completing a historic mission to collect samples from the satellite's surface before lifting off to transport the material back home.

China's unmanned lunar sample-carrying probe has successfully docked with a spacecraft currently in orbit around the moon, in another cosmic milestone for the country, state media reports.

The cargo vessel conveying rocks and soil from the surface of the moon were delivered to the orbiter on Sunday morning, Xinhua news agency said, citing a release from the China National Space Administration (CNSA).

Chang’e-5 – named for the mythical Chinese Moon goddess – is tasked with returning the first lunar samples in four decades, with the latest manoeuvre on Sunday part of the historic mission.

​Xinhua said the completion was China’s first “rendezvous and docking in lunar orbit”.

After the samples were first collected from the lunar surface on Thursday, the cargo capsule’s departure was also the first lift-off of a Chinese spacecraft from an extraterrestrial body.

The news outlet explained that the probe transported the moon samples to the orbiter, which will separate and return to Earth, Xinhua said.

Scientists claim that Chang’e-5's samples will help them further understand the Moon’s origins and provide insight into surface volcanic activity.

After spending decades to match existing achievements, China is looking to draw level to the US and Russia's, spending billions on advancing its space programme.

The space agency said that “before lift-off, the Chinese flag was raised on the moon’s surface”.

​If successful, China will become the third country to have secured samples from the Moon, following in the footsteps of the US and the Soviet Union during the Sixties and Seventies.