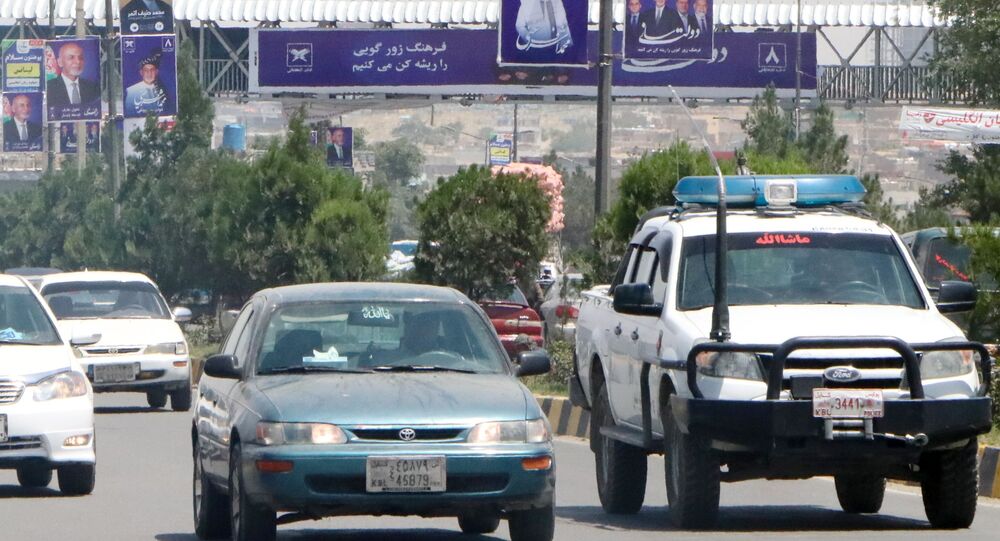 According to initial reports, a military pickup driving in front of the diplomatic vehicle might have been the actual target, although it has not been excluded that the Russian personnel were targeted either.

A vehicle belonging to the Russian diplomatic mission in Afghanistan has been hit by the detonation of an improvised explosive device (IED) in Kabul, Russia’s Foreign Ministry has stated. The explosion took place near the Russian Embassy in the Afghan capital. The car did not suffer a direct hit, with its passengers suffering only minor concussions as a result.

"We demand that the Afghan authorities conduct a thorough investigation of the incident and take all necessary measures to ensure the safety of the personnel of the Russian diplomatic buildings in Afghanistan. The Russian Embassy in Kabul is introducing additional security measures to defend the personnel and the facilities of the diplomatic mission", the Russian Foreign Ministry stated.

The diplomatic car might not have been the target of the bombers, the ministry noted. According to a preliminary assessment, the IED may have been planted to hit an Afghan Security Force military pickup that was driving in front of the Russian Embassy's vehicle. At the same time, the ministry did not rule out the possibility that the attackers might have specifically targeted the Russian diplomatic workers.

The situation remains tense in Afghanistan even after the US and the Taliban, considered a terrorist organisation in Russia, signed a truce earlier this year. Under the conditions of the agreement, the Taliban has vowed to stop attacks on American forces in the country, prevent it from turning into a safe haven for terrorist organisations, and to engage in dialogue with the government in Kabul. In return, the US promised to withdraw its forces from the country after 19 years of war.

Earlier, in November, Washington announced a partial withdrawal of its forces from the country, even though occasional attacks continue to take place, some of them purportedly carried out by the Taliban itself. In addition, the group and the Afghan government have still not engaged in the expected dialogue to reach a political solution to the conflict, which has been ravaging the country for decades.