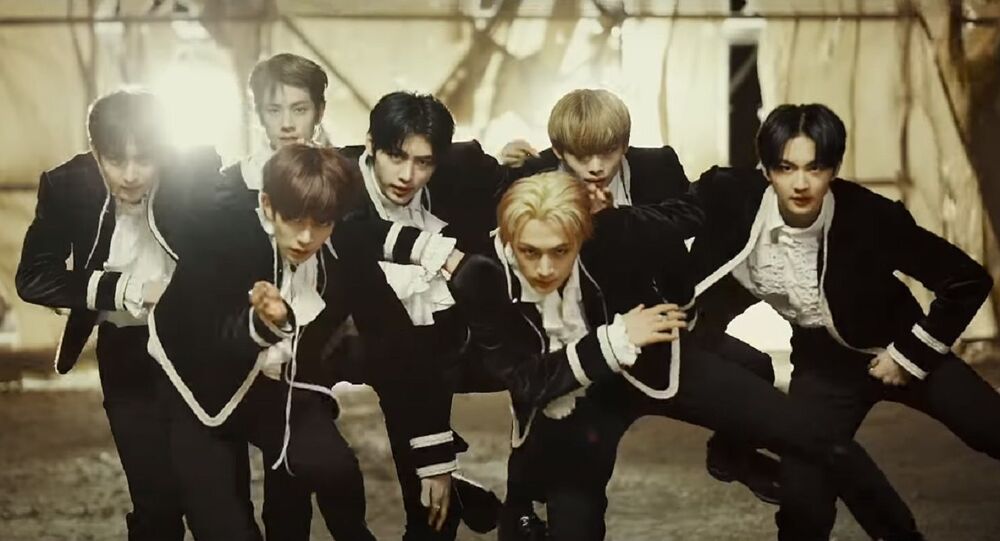 A rookie boy-band have released their dark and serious single to an adoring and impatient public.

ENHYPEN, the rookie boy-band formed out of the 2020 final of Mnet's reality competition show I-LAND finally released their debut album 'BORDER: DAY ONE' and the music video for the title song "Given-Taken" on 30 November.

The dramatic and dark song showed the seven members - Heeseung, Jay, Jake, Sunghoon, Sunoo, Ni-ki, and Jungwon - in various vintage-style and modern outfits and the video revealed the hardships they suffered, how they bonded during their participation in I-LAND and their hopes for a bright future.

The band's members were announced in September after the reality show ended and they immediately got thousands of followers on official SNS even without any release, exceeding another rookie boy-band TREASURE in the number of followers.

Rookies celebrated their debut with fans through the 'ENHYPEN DEBUT SHOW: DAY ONE,' showcase that aired on the Mnet K-POP YouTube channel and Big Hit Labels' YouTube channel.

To show how loved they are and how eagerly their music has been awaited, fans - who already have the official name Engene - threw a hashtag party and trended with the band's hashtags bringing them to the top of global trends:

"Thousands of doubts behind me. More thousands of mistrust behind me. But I go now, follow my dreams" There is pressure, many people doubting the boys. But they won't stop, they'll follow their dreams. Given-taken's lyrics are so deep... #ENHYPEN_DEBUT #GivenTakenIsOutNow pic.twitter.com/rAPwLQv0IZ