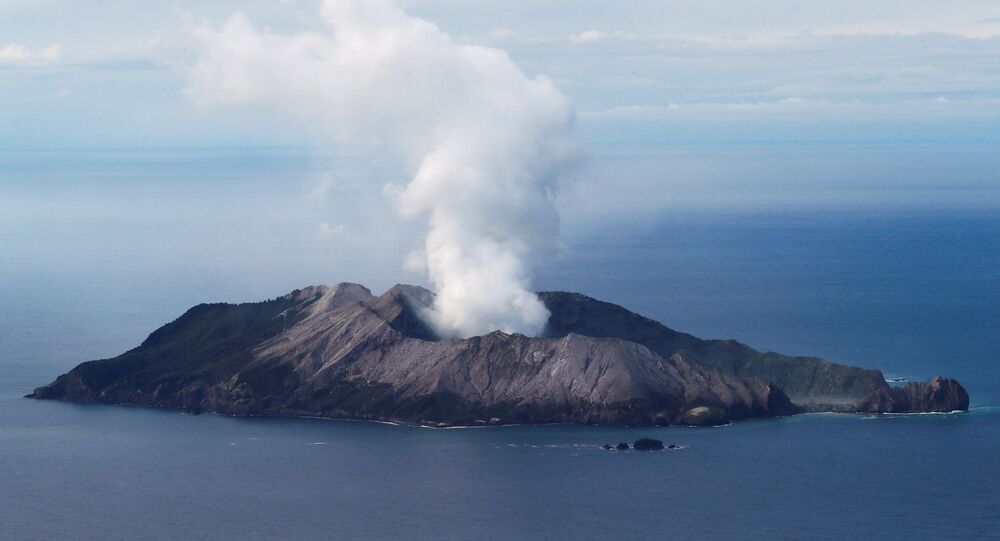 MOSCOW (Sputnik) - New Zealand's workplace regulator, WorkSafe, has filed charges against 10 organisations and three individuals over the death of 22 people during a volcanic eruption on White Island in December 2019, the watchdog said on Monday.

"We investigated whether those with any involvement in taking tourists to the island were meeting their obligations under the Health and Safety at Work Act 2015. We consider that these 13 parties did not meet those obligations. It is now up to the judicial system to determine whether they did or not. WorkSafe can’t comment on the matters in front of the court," WorkSafe Chief Executive Phil Parkes said, as quoted in the press release.

He stressed that 10 organisations have been charged under the Health and Safety at Work Act. Each charge carries a maximum fine of $1.5 million.

© REUTERS / @ALLESSANDROKAUFFMANN
Death Toll in Volcano Eruption in New Zealand Rises to 16 - Police
Three directors of unnamed companies have been also charged with insufficient attention to ensuring the health and safety of tourists.

The eruption of a volcano on New Zealand's White Island took place on December 9, 2019. Shortly thereafter, Prime Minister Jacinda Ardern launched an inquiry into why tourists were allowed on the island while the volcano was active. A total of 47 people were in the area of the eruption.