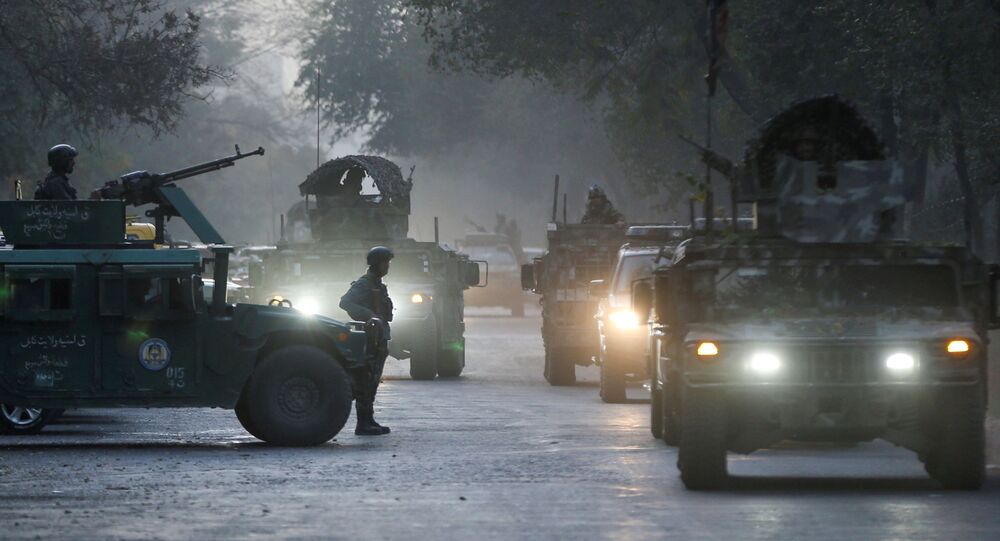 The meeting was attended by judges and the attorney general. During the talks, Ghani called on the judiciary to execute the perpetrators or planners of the attack as soon as possible, sources from the presidential palace told Sputnik.

© AP Photo / Rahmat Gul
At Least 19 People Killed, 22 Injured in Shooting Near University in Kabul - Photos, Videos
On November 2, three gunmen attacked the law faculty of the Kabul University and shot at students point-blank for several hours before being neutralized. The attack left 22 dead, mostly students, as well as 27 wounded.

The Daesh terrorist organization* claimed responsibility for the attack but the Afghan government blamed the Taliban, which in turn denied involvement.

Some media reported this month that a Kabul University student named Adil has admitted that he was recruited by the Haqqani Network, which is closely affiliated with the Taliban, and was ordered to carry out the attack so as to exert pressure on the Afghan government amid peace talks with the Taliban in Qatar’s Doha.

*The Taliban and Daesh (also known as ISIS/ISIL/IS) are designated as terrorist groups in Russia.