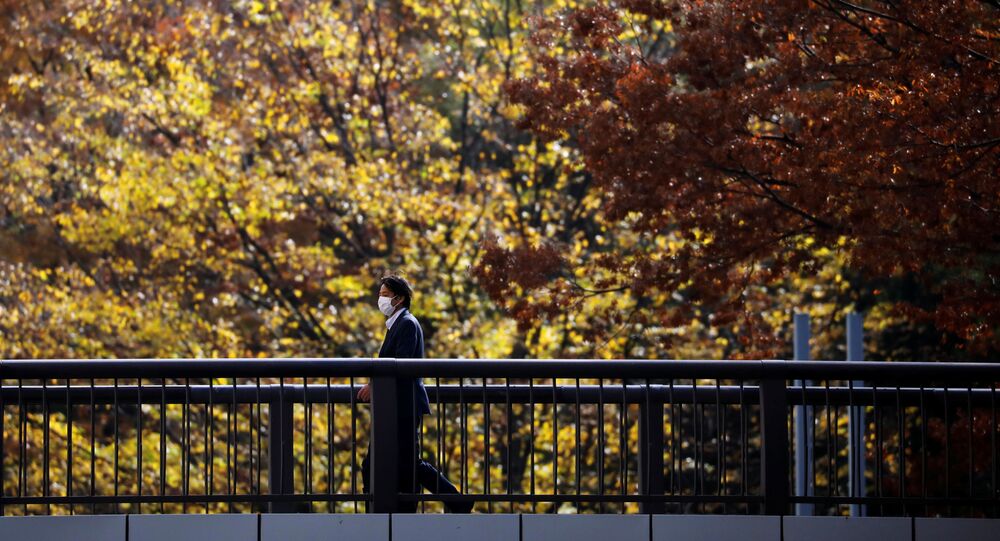 Japan, the world’s third largest economy, decided to avoid harsh US and European-style lockdowns in the spring, and has reported about 145,000 Covid-19 cases and 2,042 deaths since March, with its caseload estimated to be the 47th largest in the world.

Japan is suffering from a surge in suicides, with the number of people taking their own lives reportedly outstripping fatalities caused by Covid by nearly an entire order of magnitude, CBS News has reported, citing recently-released National Police Agency statistics.

According to the figures, 2,153 people in Japan committed suicide in October 2020, with the figures rising by over 25 percent, or 600 people, compared to the same period in 2019, and total suicide deaths reaching over 17,000 in the first ten months of 2020. It also vastly exceeds the nation's murder rate: police in Japan recorded 950 murder cases in 2019.

Japan has reported 2,242 coronavirus-related fatalities since the start of the pandemic, with this number equivalent to just over 12 percent of the number of people who have claimed their own lives so far this year.

CBS News says suicide rates have likely been “exacerbated” by the social and economic dislocation caused by the coronavirus crisis, including things like job loss, a sense of social insecurity and a rise in domestic violence.

© AP Photo / Ludovic Marin
Bill Gates Calls on US Lawmaker to Help Less-Developed Nations With Coronavirus Vaccine
Japan has so far managed to avoid harsh lockdowns in its efforts to curb Covid’s spread, limiting efforts to health guidelines encouraging citizens to self-isolate, practice social distancing, wear a mask and limit unnecessary travel. No fines or criminal sanctions have been introduced.

On Wednesday, authorities warned that the country may have ‘no choice’ but to introduce a nationwide state of emergency amid rising infection rates.

Government Promises to Tackle the Problem

Earlier this month, Yokohama-based psychiatrist Chiyoko Ueda said she had observed an uptick in psychological stress levels in her practice due to concerns over money, problems caused by stay-at-home orders, and tensions within families.

Japan has long suffered from some of the highest suicide rates in the developed world, with the number of people taking their own lives skyrocketing to over 25,000 per year starting in the mid-1980s to 30,000+ from the late 1990s onward before hitting a record of 34,427 suicide deaths in 2005. The country made substantial progress in this area in the 2010s, with suicide rates dropping to below 20,000 in 2019, shortly before the coronavirus pandemic became a reality.

Rising suicide rates are one of the issues world leaders have brought up in debates about the costs associated with coronavirus-related restrictions such as lockdowns. In October, US President Donald Trump warned that “the cure” for the coronavirus-related health crisis “cannot be worse than the problem itself”.

“People are losing their jobs. They’re committing suicide. There’s depression, alcohol, drugs at a level that nobody’s ever seen before. There’s abuse, tremendous abuse. We have to open our country,” Trump said, making the comments during his second debate with Democratic candidate Joe Biden. Biden had, on the contrary, floated the idea of 4-6 week harsh national lockdown, but has since apparently reneged on the idea.

The world’s nations have reported over 62.3 million coronavirus cases and 1.45 million deaths since the pandemic began, with upwards of 0.8 percent of the world’s population infected in the past eight months.

'Bright as a Full Moon': Fireball Spotted in Night Sky Over Japan