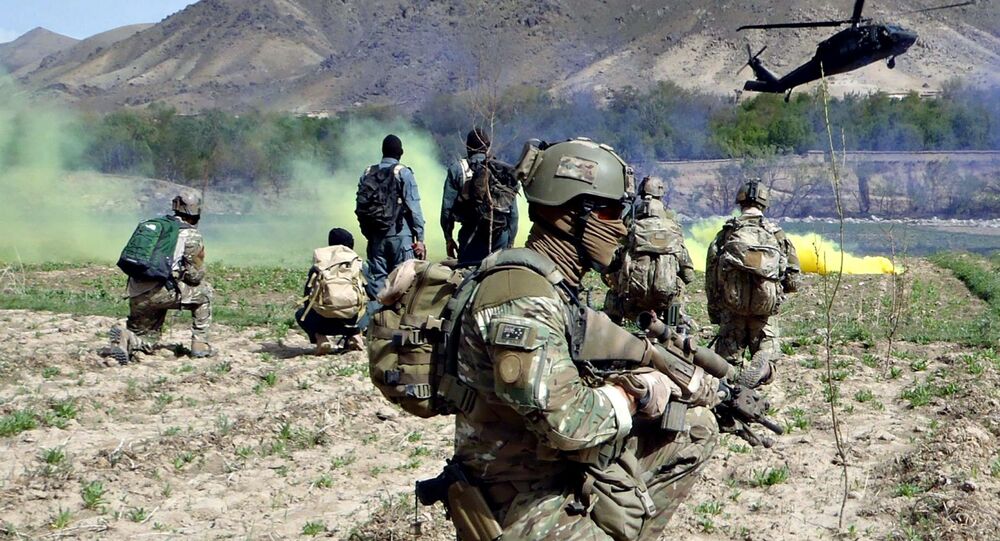 Last week, the Australian government released a redacted version of the Brereton Report – a comprehensive, four-year-long investigation into alleged war crimes perpetrated by Australian troops in Afghanistan between 2005 and 2016. The bombshell report concluded that at least 25 soldiers were involved in gruesome crimes including murder.

The Australian Army has moved to fire 13 troops in connection with the recently published Afghan war crimes report, with the troops in question given two weeks to appeal the charges or face termination, Army Chief Lieutenant-General Rick Burr has announced.

The officer indicated that each soldier’s appeal will be considered “on a case-by-case basis,” and stressed the need to respect “the privacy of individuals” involved, and “enabling due process to take its course". Burr also said that “legal, welfare and command support” would be provided to the soldiers involved.

Released to the public in redacted form last week, the Brereton Report, named after lead investigator, New South Wales Supreme Court judge and army reserve major-general Paul Brereton, found that Australia’s elite Special Air Services (SAS) special forces troops had “unlawfully killed” at least 39 civilians and prisoners in Afghanistan, with at least 55 suspected incidents of criminal behaviour ranging from torture to summary execution discovered. The report recommended that 19 individuals be referred to authorities for prosecution, and urged Australia to pay compensation to the families of victims. The report also called for reforms in the military.

In his remarks Friday, Burr stressed that Australia’s military was determined to "learn from the inquiry and emerging from this a stronger, more capable and effective army.”

© Sputnik / V. Kiselev
30 Years After Soviet Afghan Pull-Out: CIA-Funded Mujahideen War Backfired on US
Prime Minister Scott Morrison, who received early access to an unredacted version of the report this month, promised to appoint a special investigator to probe and prosecute any alleged criminal misconduct by Australian troops in Afghanistan, stating that there are “a significant number of incidents and issues to look into".

The release of the Brereton Report follows years of efforts by the government to hush up the scale of suspected criminal behaviour by Australian soldiers in Afghanistan. Last year, police raided the Australian Broadcasting Corporation’s Sydney offices over a 2017 investigation into suspected war crimes. In October 2020, police dropped efforts to prosecute ABC journalist Dan Oakes over his Afghan war crimes reporting.

Australian Defence Force chief General Angus Campbell apologised to the Afghan people on behalf of the Australian army last week, describing the actions of the servicemen involved in crimes “disgraceful” and “a profound betrayal” of the Australian military.

Australian army veterans have expressed anger over the report’s failure to target high-level commanders, suggesting there was “no way” for the latter not to have been aware of the suspected war crimes being engaged in by their subordinates.

Australia sent troops to Afghanistan along with the US and other western nations in the aftermath of the 9/11 terror attacks in late 2001. In the 19 years since, 41 of its troops have been killed and 260 wounded.

Authorities have also been carrying out a separate inquiry into the 400+ suicides among ex-service members since 2001, with former soldiers said to face a suicide rate almost 20 percent above the national average. On Monday, it was reported that nine additional soldiers have taken their own life in the past three weeks alone.