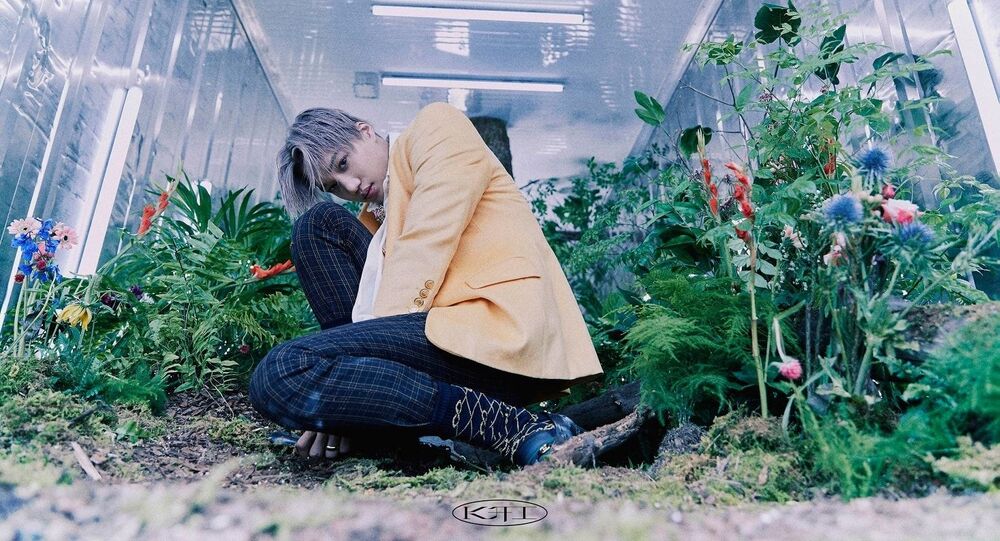 Are You Excited? EXO's Kai Shows His Sensual Side in Teaser for Solo MV 'Mmmh'

The talented dancer is getting ready for his first solo debut to the fullest.

SM Entertainment has shared an MV teaser with Kai from k-pop boy band EXO for the lead single named “Mmmh” from his first solo album “KAI” that is scheduled to be released on 26 November.

Appearing in the teaser in different styles, the beloved “Gucci boy” shows his numerous best sides as a model and one of the most unique dancers on the Korean music scene.

© Photo : EXO/ Facebook
EXO's Baekhyun is Gearing for His First Ever Japanese Album
The song “Mmmh” is made in the R&B pop genre with a simple yet addictive melody and its lyrics express the feeling of attraction from first eye contact, and it perfectly fits Kai's signature sensitive image on stage.

The album consists of six songs in total.

Kai directly participated in the styling and clothes concept for the album, proving his unique taste in style, recognised by various stylists and artists, including Alessandro Michelle, who chose him as a muse and model for the Gucci brand.

The onstage solo debut of EXO's main dancer will be on 30 November and he will perform online on the same day on Naver's live show “Party B” alongside such artists as Mamamoo, Monsta X, and Aespa.

Erigoms (name given to Kai's fans) are impatiently counting the days until their fave's release.

i'm not 100% vibing with the aesthetics they went fo kai's mv, but the little song snippet is stuck in my head!!!! can't wait for the song release

I can’t even explain how excited I am for this MV and album to release!!😭😭💖💕 #KAI #KAI_1stSOLO #MmmhMVTeaser https://t.co/FTHtT1kyzZ

OMG!!! Mmmh is so awesome! I can't stop watching the teaser!
I could really see the KAI print in it. Now I really can't wait for the mv to be release#MmmhMVTeaser#카이_뮤비티저로_직진해@weareoneEXOpic.twitter.com/8Ee6lb42b0