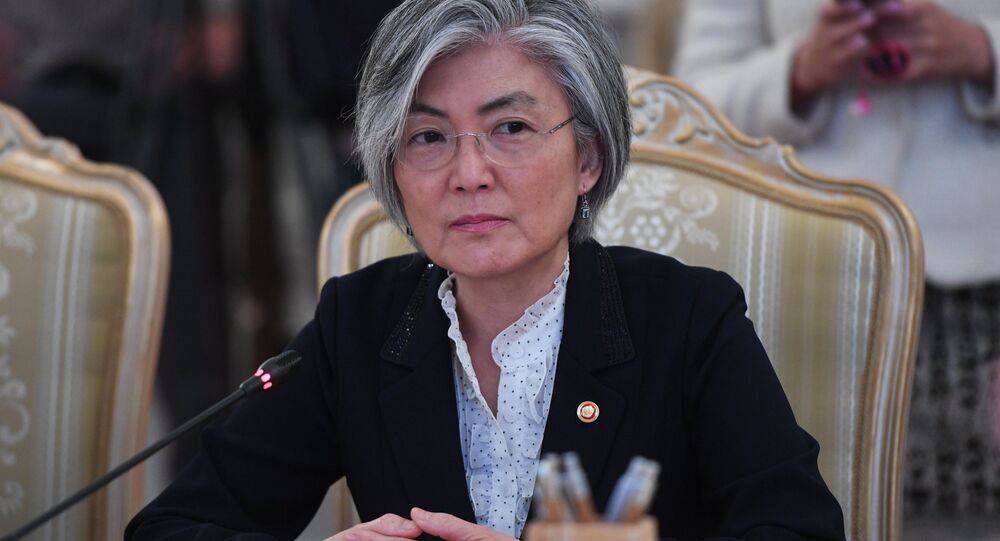 Kang made those remarks at the 13th Korea-Central Asia Cooperation Forum, saying that peace between Seoul and Pyongyang would have positive impact on the entire continent.

“Peace and prosperity on the Korean Peninsula is also a journey toward peace and shared prosperity on the entire Eurasian continent. I ask for Central Asian countries' continued support and cooperation,” Kang said in her keynote address, as quoted by the Korea Herald.

She added that although talks between the two Koreas, and between the North and the United States have stalled, the progress that had already been made should not be discounted.

The forum is taking place within the framework of South Korea’s New Northern Policy in which Seoul seeks to integrate the North Korean economy by establishing trade routes with Russia and Central Asian countries via the peninsula.

Foreign ministers from Kazakhstan, Uzbekistan and Tajikistan also attended the forum, along with a slew of diplomats from both sides and third parties.