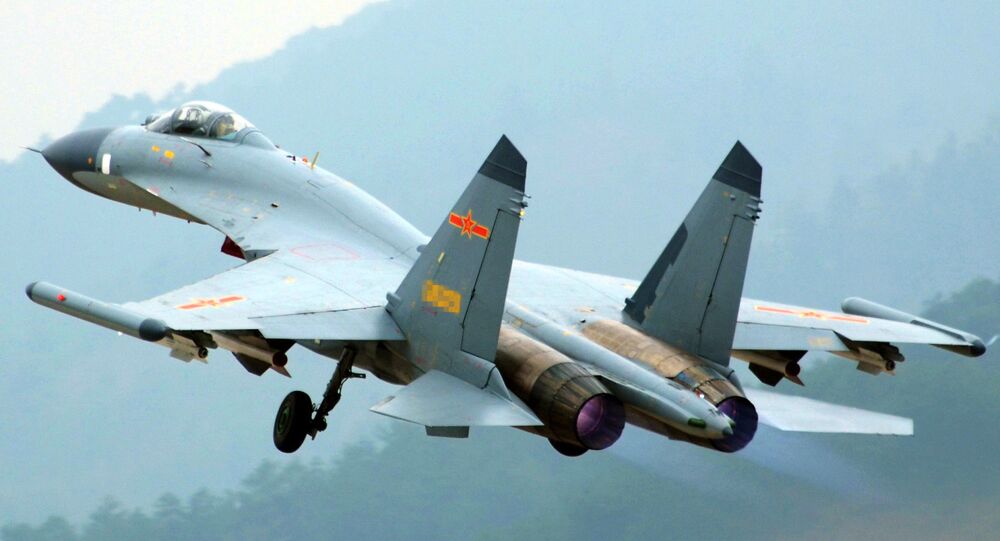 The Shenyang J-16 is a domestically produced copy of the Russia’s Sukhoi Su-30 fighter aircraft. The J-16’s advanced avionics systems and capability to carry a large amount of various munitions make it one of the PLA Air Force’s most powerful fighter jets.

According to photos and descriptions by the Western Theater Command Air Force, this brigade is in a key period of switching to use the J-16 heavy fighter jets, and the goal is to finish the process by the end of the year, the report read.

With more Western Theater Command Air Force units switching to use J-16s, China’s western airspace will be even safer, the report said.

The J-16 is a third-plus generation fighter jet domestically manufactured by China. Although it uses the classic Russian Su-27 aerodynamic design, everything inside is Chinese, including the WS-10 Taihang engines, an active array radar system and a new generation infrared observation and aiming system, the report said, noting that its avionics systems are superior to Russia’s Su-35 fighter jet.

The J-16 excels at carrying out all kinds of tasks, including long-range and short-range air-to-air combat, and air-to-ground and anti-ship attack missions, a Chinese military expert who asked not to be identified told the Global Times on Monday.

Its advanced avionics systems and the capability to carry a large amount of all sorts of munitions mean it is one of the PLA Air Force’s most powerful fighter jets, possibly only inferior to the J-20 stealth fighter jet, the expert said, noting that the J-16 has technical advantages over the threats China is facing in the west.

The J-16 can also partner the J-20 in missions, the eastday.com report said.

The eastday.com report also noted that the J-16 fighter jets newly used by the Western Theater Command Air Force brigade are painted with the latest version of low observable coatings, which experts said are developed to lower the chance of the warplanes being detected by the naked eye or radar.