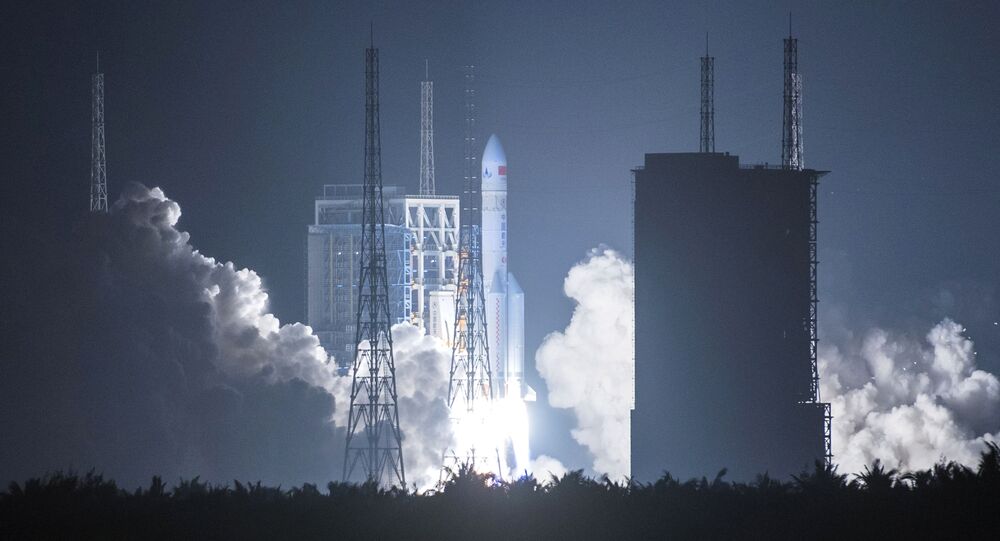 "Since the appearance of the Chang Zheng 5 launch vehicle, it has been determined that it will carry out the mission of launching China's largest spacecraft," Qu said.

China successfully launched the Chang’e 5 #lunarprobe from the Wenchang Spacecraft Launch Site in Hainan 4:30am on Nov 24.
This is the China's first sample return mission, which has been one of China's most complicated and difficult space tasks by far. #Change5 pic.twitter.com/Qok68vRSCE

​"Starting next year, we are going to start carrying out launches as part of the mission to build our country's space station," the official said.

Tiangong-1 and 2 have since been deorbited in preparation for Tiangong-3 in 2022.#Space #CNSA pic.twitter.com/XhjRTqGweQ

​Three Chinese astronauts or six people during a crew change can be on the station simultaneously. The station is expected to be completed by 2022 with a total of 12 missions.

In 2018, China announced the goals the country had set for its lunar program, including exploring both lunar poles by 2030, sending manned missions to the moon and establishing a permanent scientific research station there.