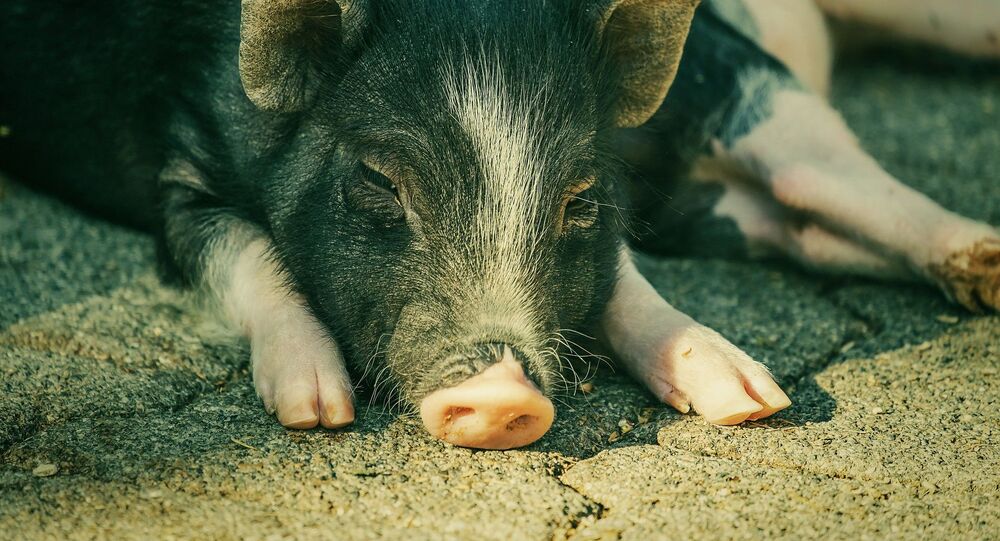 Relations between the United States and Taiwan, the former also referred to as the Republic of China (ROC), have become increasingly closer in recent years. Their relations were recently marked by an increase in the sales of weapons from the US to the island nation and, more recently, the move to sell US pork products in the country.

As part of an annual labour march in Taipei, thousands marched in protest on Sunday to demand the reversal of a decision to permit US pork imports to be sold in Taiwan, citing food safety problems.

President Tsai Ing-wen's government lifted a prohibition on US pork and beef imports in August, widely considered to be a sign of the possible negotiation of a bilateral trade deal with the US. The block is set to end in January 2021.

The move was met with adamant opposition from many, from both the opposition Kuomintang Party (KMT), and individual activists.

When #authoritarianism becomes a reality, #revolution becomes the priority.

In memory of our #Democracy.

​Demonstrators marched in front of the Presidential Office Building as a part of the yearly labour march.

“I came here today to oppose the import of ractopamine," said Kelvin Chen, a 54-year-old computer engineer, cited by Fox News."I feel these days many who do business are not ethical. If they mix the US pork with Taiwan pork and then sell it to us average consumers, we as individuals have no way to know the source of the pork.".

Jacky Tsui, a 37-year-old factory worker, also expressed his disapproval with the policy reversal, fearing for his family's safety.

“I have a child and when we eat things with ractopamine, it's not good for our bodies", he said. “I hope the government can see that we citizens oppose this".

​The end of the block means that pork with what the government describes as acceptable levels of ractopamine, an animal feed additive that stimulates the development of leaner meat, often used by pig farmers.

Due to safety concerns arising from the EU Food Safety Authority in 2009, the drug is banned in the European Union but remains legal in the United States.

In the United Kingdom, some leading figures and activist organisations fear that the US will use a post-Brexit trade deal as an excuse to pressure Westminster to drop regulations and permit the importation of chlorinated chicken and many other food items containing ingredients that do not meet EU food safety requirements.