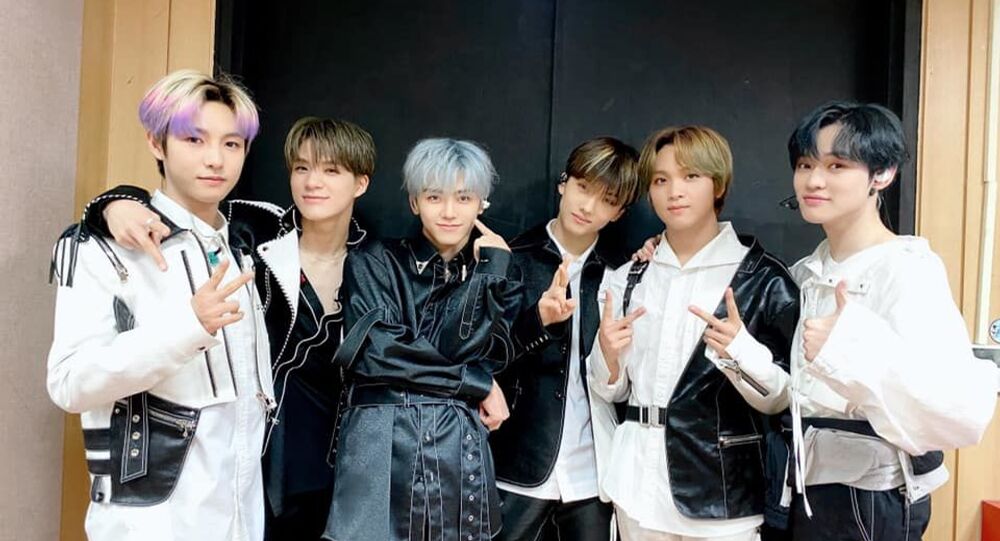 The full version of the video will be out on 23 November.

K-pop band NCT have used an image of hockey players while presenting a teaser for their music video for the title track '90's Love' from the second part of their forthcoming album 'Resonance'.

Made in an old school R&B hip-hop style, the song is reminiscent of boy bands of the Nineties and NTC members Ten, Win-Win, Mark, Jeno, Hae-chan, Yang Yang and Sung-chan depict the era with a powerful dance performance in colourful outfits.

NCT's Album 'Resonance Pt2' will consist of 21 songs and will be released the same day as the music video. The band will also make a comeback show 'Neo Culture Talk SHOW', which will be broadcast on the Vlive fan platform after the release and they will meet fans online, because of COVID-19 restrictions which have prevented artists from having live concerts and meeting fans in person.

Resonance Pt1 was released in October and reached the top of the domestic charts, China's QQ chart and even entered Billboard 200 in sixth place. The album also exceeded a million sales within a week of its release. The title song from this album 'Make A Wish' (Birthday Song) received 100 million views within a month.

Fans named NCTzen dropped a little hashtag party with #90sLove_MVTeaser on the top of global trends.

Keep tweeting and don’t forget to mention @NCTsmtown in your tweets! 💚 pic.twitter.com/Y7b6s0tyJn