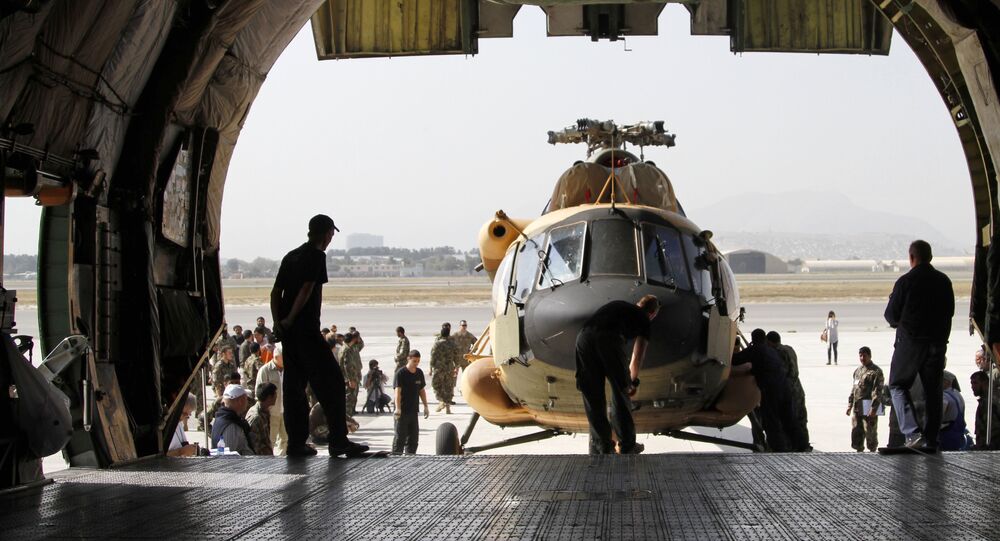 The October 2001 invasion of Afghanistan was prompted by the terrorist attacks in New York and Virginia weeks earlier that killed thousands and were carried out by al-Qaeda operatives trained and directed in the country’s rugged mountains by Osama bin Laden.

Amid confirmation of the Pentagon plans to pare US troop levels in Afghanistan down to 2,500 soldiers by mid-January, retired Chief Petty Officer Robert O’Neill, the US Navy Seal credited with killing bin Laden, sounded off about his opposition to the US staying in the Central Asian country any longer.

“A lot of these arguments inside of the Pentagon … these guys yelling about what we’re doing, they haven’t won the war in 20 years, so maybe we should do something different,” O’Neill told Fox Business’ Neil Cavuto on Wednesday.

“It’s time to get out, especially of Afghanistan,” he flatly stated. However, the former operative didn’t seem to feel the US’ self-described mission of rebuilding Afghan society as democratic and amenable to Western values had been accomplished.

“Whether you like it or not, if you’re in a country for that long you’re an occupier,” he added. US forces have been engaged in Afghanistan since October 2001, when they invaded to overthrow the Taliban, which had provided shelter to al-Qaeda. In the 19 years since, the US and the new Afghan government it set up have fought a steady Taliban insurgency.

On May 2, 2011, O'Neill and a team of Seals succeeded in hunting down bin Laden at a compound across the border in Pakistan, and O’Neill has taken sole credit for the shot that killed the terrorist leader.

This past February, the US and Taliban reached a peace accord that would permit the US to pull its troops out. However, a separate peace deal between the Taliban and the Afghan government, which the Islamist militant group has long derided as an illegitimate US puppet, has yet to be achieved.

“If they come up with training sites that need to be bombed, we can bomb them,” O’Neill suggested. “We have three-letter agency people in different spots where they can monitor. It doesn’t take a bunch of Marines and infantrymen patrolling around very narrow roads and trying to build schools. It hasn’t worked before. It’s not going to work now.”

The former non-commissioned officer’s opinion resonates with that of US President Donald Trump, who has said he wants to bring all US troops in Afghanistan “home by Christmas.” However, it contrasts sharply with the advice of former Pentagon chief Mark Esper and NATO Secretary General Jens Stoltenberg, as well as high-ranking US politicians like Senate Majority Leader Sen. Mitch McConnell (R-KY), all of whom have expressed skepticism at pulling out too many troops too fast.

However, O’Neill also had a few choice words about the US war in Iraq, which began in 2003 and ostensibly ended in 2011, although thousands of US troops remain in the country despite the Iraqi Parliament saying they should leave. Acting Secretary of Defense Christopher Miller also said US troop levels in Iraq will decline under the new plan.

“They’re being run by Iran, and us keeping people on the ground is really not going to help that much,” he continued. “We should concentrate on bigger stuff, like what’s going to happen with China.”

NATO Has Reduced Number of Troops in Afghanistan to Under 12,000, Stoltenberg Says