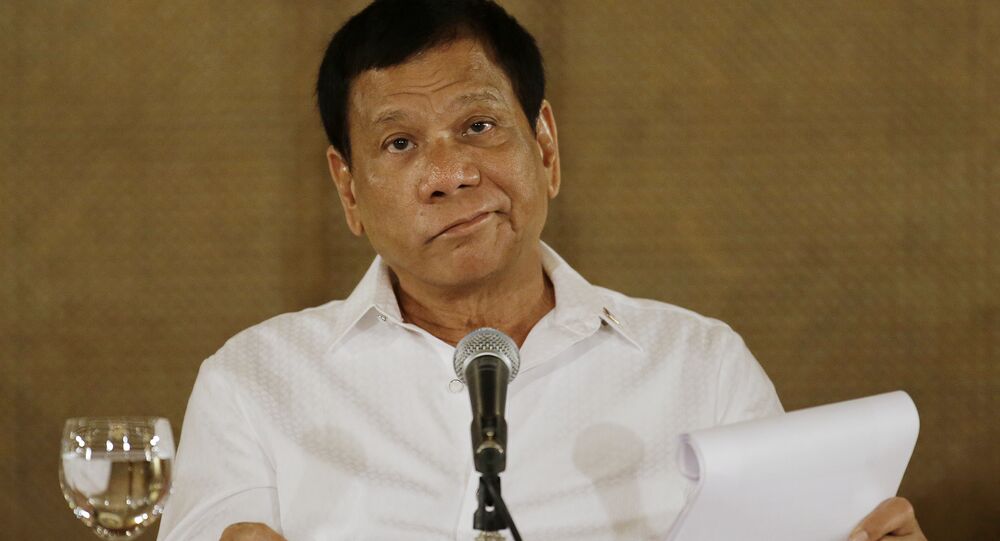 The Southeast Asian country had just started recovering from super typhoon Goni that left at least 16 people dead and resulted in $45 million in damages, when it was hit by Vamco last week, which triggered deadly landslides and floods.

Anger is mounting in the Philippines over comments the country’s President Rodrigo Duterte made at a meeting dedicated to the response to Typhoon Vamco, which, according to the country’s disaster agency, affected more than two million people.

Duterte cracked jokes about sex while at a televised briefing with national and local officials. According to local media outlets, at one point the president started speaking about one of the officials present at the meeting, who happened to be his classmate.

The official retorted by saying: "I'm undersexed. Undersexed. That's why you should make me a Cabinet secretary so I'll no longer be undersexed".

Local media also reported the president joked that a man had died from COVID-19 because he had been "deprived of women".

The remarks caused massive outrage among the public, with people demanding that the authorities focus on rescuing people and recovery efforts.

Instead of prioritizing government work and aiding the victims of the recent typhoons, Duterte once again with his machismo proudly talk about "sex jokes" amidst a briefing in Bicol with regards to the previous Typhoons that hit the region.#OUSTDUTERTENOW https://t.co/WU0B5trEr8

​Duterte’s spokesperson defended the president, saying he was trying to "lighten up the mood" of the public, as the country has recently been plagued by severe storms and typhoons.

"He was looking for a little break after the consecutive tragedies he saw from the calamities of places he visited”, Harry Roque said, adding that it’s common for Filipinos to "try to lighten [their] problems" when they endure "so much hardship".

Duterte is known for making controversial remarks. He once called former US President Barack Obama a "son of a whore", joked about a rape victim, and even compared himself to Adolf Hitler when speaking about drug addicts. "I’d be happy to slaughter them", he said in 2016.

Commenting on the government’s response to Vamco, criticis noted that the closure of the ABS-CBN television network, which had been critical of Duterte, contributed to the information gap that left many people unprepared for the disaster.

Due to its geographical location, the Philippines is prone to experiencing typhoons and storms. On average, the country is battered by 20 typhoons annually. However, this year the response efforts were hampered by the coronavirus outbreak.

Tens of thousands of homes were destroyed after Vamco hit the Philippines. The country’s disaster agency said that more than two million people were affected by the typhoon. At the moment, the death toll stands at 69.