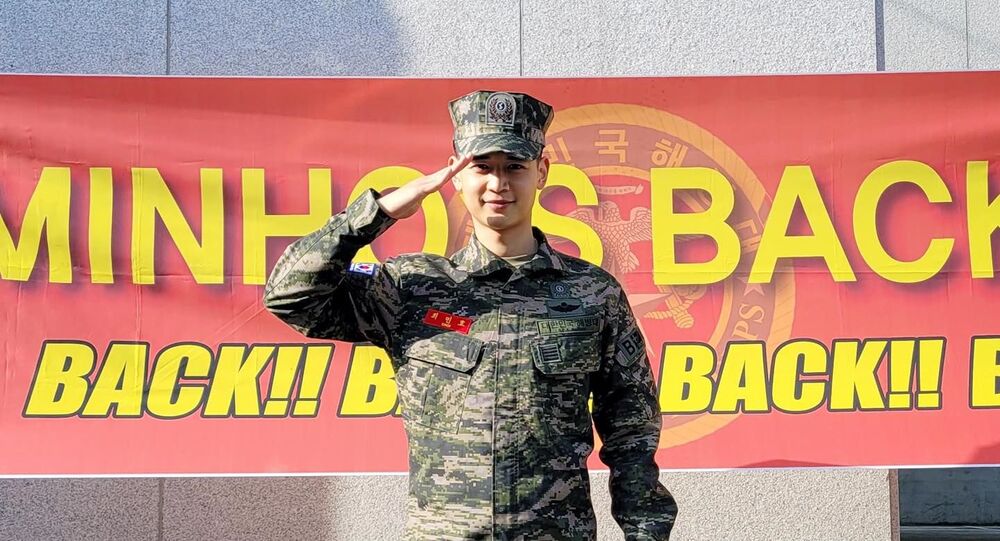 SHINee's Back! K-Pop Princes Reunite as Minho Discharged From Military

The group, commonly known among South Korean music lovers as the K-Pop princes, is together again and fans probably can't wait for a comeback.

Fans of SHINee celebrated on 15 November as the main rapper of the K-pop boy band, Minho, was discharged from the Marine Corps and finally gathered with Onew, Key, and Taemin. Key shared a photo of the group on his personal Instagram account, saying “We're back”.

All members, except maknae (youngest member) Taemin, finished their mandatory service one by one: Onew returned in July, Key finished his service as a soldier in October, and Minho was the last to be discharged. With the current COVID-19 measures, all who are carrying out their mandatory military duties in South Korea are banned from taking vacation during their service, but are allowed to take vacation two weeks prior to their official discharge without having to return to the base. Minho, however, did not jump at the opportunity and remained in his unit until the very end of his service time.

Minho’s discharge HT is out of Worldwide trending now :(
We had around 80K tweets and reached 3.
Thanks to every single one who used the HT
Let’s continue to support him forever 💙 pic.twitter.com/KA3QjcaYK0

Fans also shared how happy they are and are hoping for a comeback of the whole group.