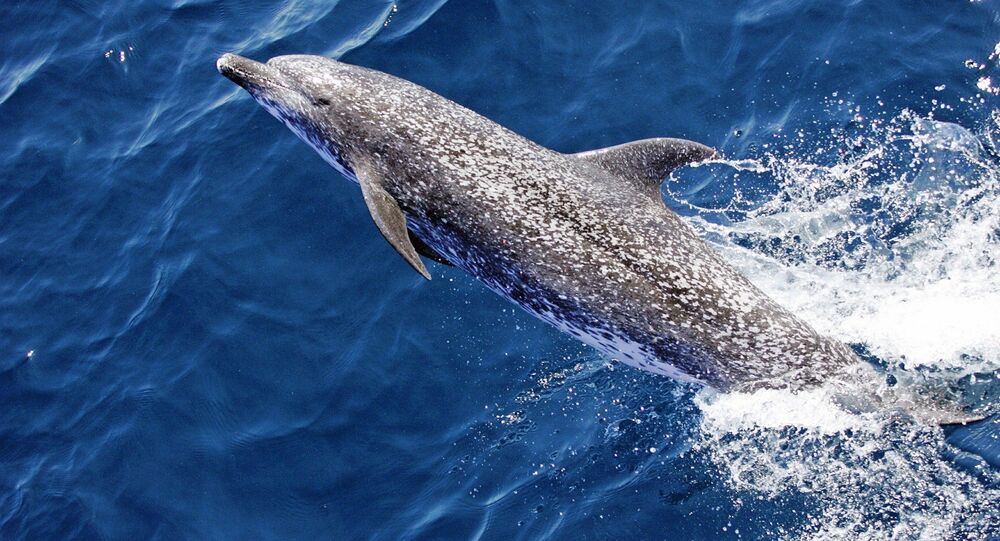 Marine mammals are said to be good students when it comes to locating and picking up various objects underwater. They are also much faster than humans, which suggested that dolphins could be a valuable addition to the armed forces.

According to Sutton, this programme dates back to at least October 2015, as he cites image intelligence from Nampo naval base located on the country’s west coast.

The structures allegedly spotted in the image could still be in use, Sutton says. However, the main “training” activity has now apparently moved further up the river, to a 2016 base where “the dolphins are bred”.

“The programme is likely part of the widespread modernisation of the navy that has taken place under North Korean leader Kim Jong-un,” his report reads.

The author concedes that the spotted pens could also be just some type of “fish farm”, as Pyongyang has now been increasingly investing in fishing activities, with many farms being run by national armed forces. Nevertheless, their location is “not consistent” with other fish sites in the country, he adds.

According to Sutton, Russia and the US are two other countries that have been training marine mammals, including dolphins, for military purposes. The United States has set a relevant programme in San Diego, he says and Russia “followed suit” with bases in the Arctic and Black Sea. This information has not been confirmed by Russian Navy officials.

USNI News believes that marine mammals, such as dolphins or whales, can actually be trained to locate, inspect and pick up objects from the seabed, or even defend naval bases form intruders.