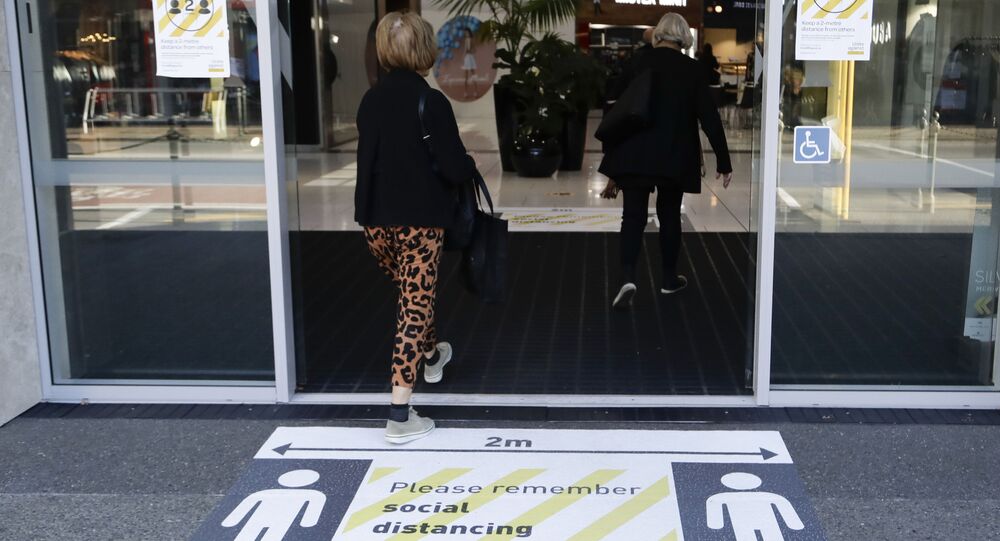 As countries around the world are facing fresh spikes in COVID-19 cases, New Zealand's local authorities have reported only 1,991 people tested positive and 25 deaths so far.

Health authorities in New Zealand are going to impose a partial lockdown on the central city of Auckland on Friday, as a female university student, who reportedly had no links to areas of risks, tested positive for coronavirus, COVID-19 Response Minister Chris Hipkins announced on Thursday.

Hours after the case was confirmed, Chris Hipkins called a press conference and asked people who worked in downtown Auckland to stay home. Hipkins also urged anyone in Auckland with cold and flu symptoms to get a test, wear a mask and observe social distancing.
The Auckland Regional Public Health Service confirmed that the woman became symptomatic on Monday, 9 November. After being tested on Tuesday, the student, who works as a shop assistant, was asked to self-isolate. Later on Wednesday, she had a conversation with her manager over the situation, and decided to go to work.

As for now, the Health Service has identified 3 close contacts, which were followed up, isolated, and tested. Close contacts reportedly included a colleague and two friends who were transferred to the Auckland quarantine facility as a precaution.

The woman also took a number of Ubers to work. Although the Uber trips were very short, the authorities asked drivers to get a test and isolate.

The authorities confirmed a number of locations that the person visited while possibly infectious.

“Anyone who was dining at the Red Pig Restaurant on Saturday night will need to be tested and to go into self-isolation until they receive a negative test result,” said in the report. “Anyone at Smith and Caughey’s, Starbucks, Sunnytown and The Gateau House at these times should watch for symptoms and get tested if they feel unwell, staying in self-isolation until they receive a negative test.”

Although New Zealand managed to adopt a strategy early on in the pandemic, the country has already imposed a series of lockdowns that even caused anti-lockdown protests, with people demanding that the restrictions be lifted. At the same time, the government is praised internationally for its Four-level system for the pandemic outbreak management. The system is ranked from Level 4 (full-scale lockdown) to Level 1 (cases are sporadic, less restrictions imposed). The other factor that helped the authorities curb the coronavirus spread is New Zealand’s isolated geographical position. Just Like Taiwan did, the authorities managed to close the border early and came up with a range of control measures.

According to the New Zealand Ministry of Health database, the total number of COVID-19 cases is 1,991, almost a fifth of that reported in California registered on Thursday.