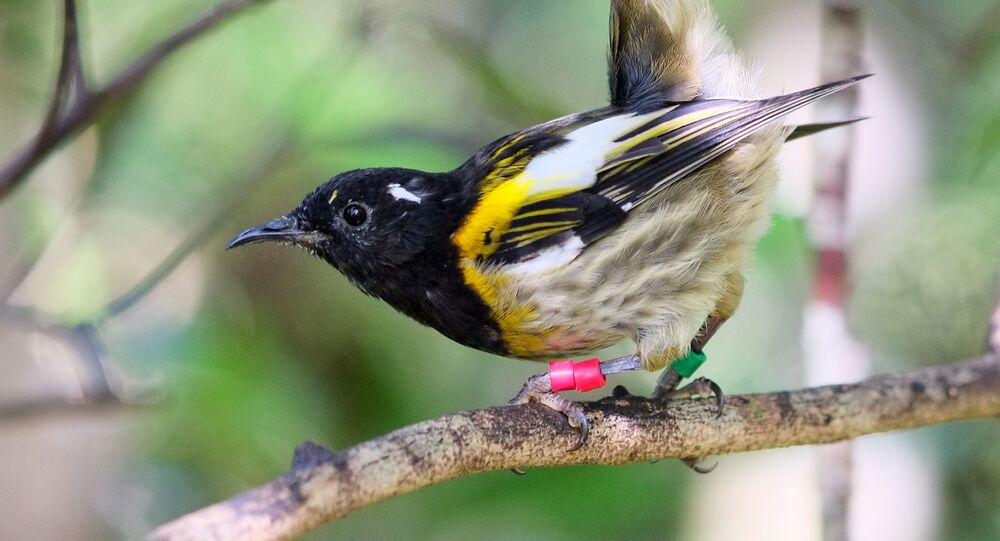 The adult store that endorsed the stitchbird noted that both males and females of the species practice “consensual polyamory”, which is apparently “rare”.

The ongoing annual “Bird of the Year” contest in New Zealand has witnessed a peculiar development, as one of its avian contenders has received an endorsement from a "sex toy shop", LADbible reports.

According to the media outlet, the stitchbird (also known as hihi), a honeyeater-like bird endemic to the North Island, has garnered the support of Adult Toy Megastore, which claimed that their candidate leads "the sex positivity movement among songbirds".

"Male hihi have testicles four times larger than they should be, making them, by size, the largest testicles on a bird in the world!... How could you not vote for them?" the store said in a statement.

The retailer further pointed out that "male and female hihi practice consensual polyamory," which is apparently "rare".

The competition also reportedly witnessed a possible scandal as the people monitoring the voting process noticed that a certain bird had received hundreds of votes from a single IP address.

"It's lucky we spotted this little kiwi trying to sneak in an extra 1,500 votes under the cover of darkness!" said Laura Keown, spokesperson for Bird of the Year. "But they'll have to play by the rules like all of the other birds to win the competition."