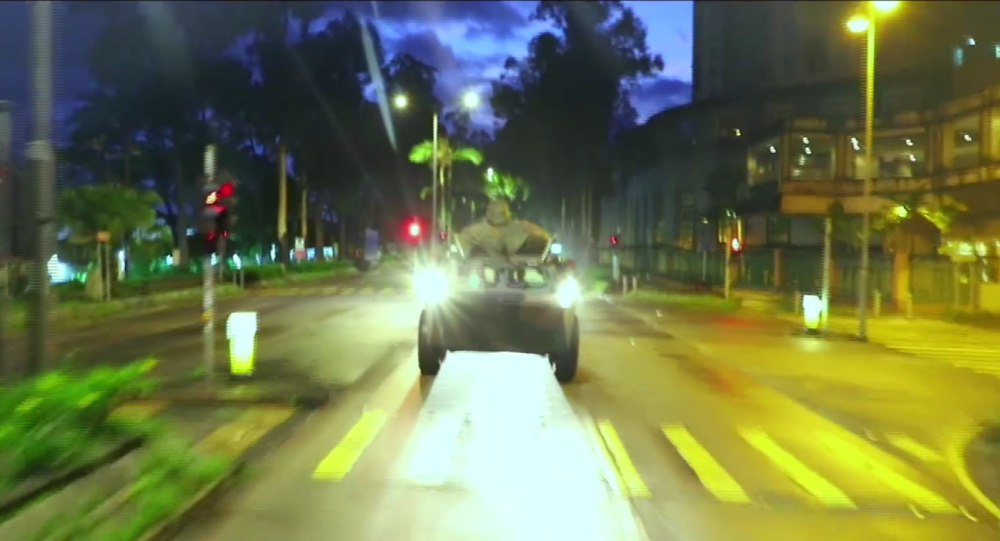 A new promotional video released by China’s People’s Liberation Army (PLA) shows armored vehicles from the Hong Kong garrison heading out to the countryside outside the city for live-fire drills.

The PLA’s Hong Kong Forces posted a new video on its Sina Weibo page on Saturday showing live-fire drills at a firing range on Castle Peak, a massive mountain dominating the westernmost parts of Hong Kong.

In the 65-second-long video, soldiers are seen mustering at their base in Pat Heung in the pre-dawn hours and rolling out in their WZ-551 armored personnel carriers.

After rolling down city streets, the troops arrive in their alpine destination and are seen inspecting and preparing the rounds they are to fire during the drills before unloading them on various targets set up against the mountainside.

“The training was based on the combination of technical training, consolidation of tactical foundations, highlighting live ammunition shooting and improving operational capabilities,” the garrison said in a post accompanying the video.

While both the training itself and video are fairly typical, in the past such posts have been seen as sending a particular message. In July, another Hong Kong garrison training video attracted wide attention when it was posted just days after China adopted a new nationwide security law that included Hong Kong for the first time. The law was denounced by the United States as an attack on Hong Kong’s autonomy, and the video of live-fire drills was interpreted as a show of force, Sputnik reported at the time.