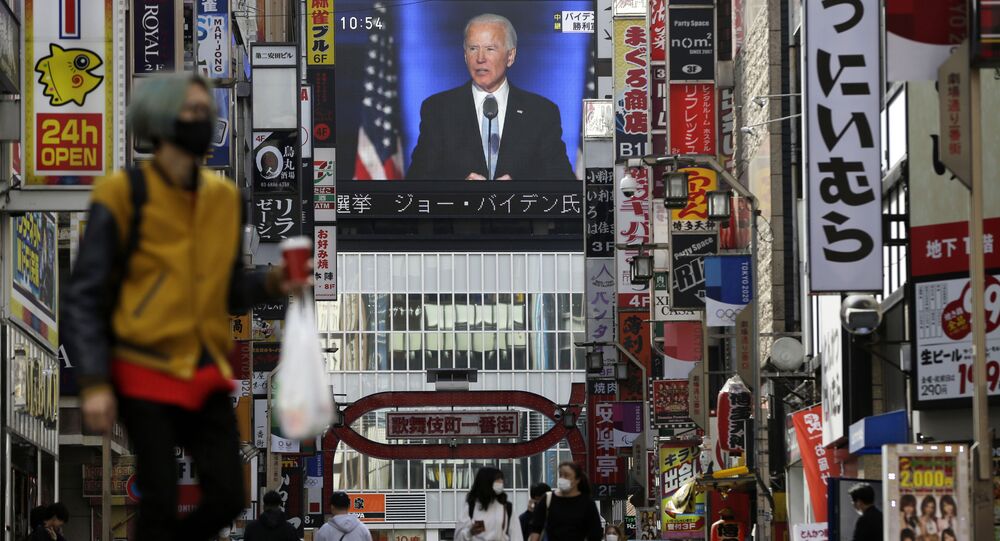 Joe Biden's projected victory in the United States presidential election found quite unexpected resonance in Japan when local netizens realised that the mayor of a small town has more in common with the Democrat than it might seem at first glance.

The mayor of Yamato, a small town in the Kumamoto province, gained unexpected fame in the Japanese segment of the Internet after netizens drew attention to the fact that his name could actually be alternatively read as Joe Biden.

The 73-year-old official's actual name is Yutaka Umeda. However, Japanese names are usually written with so-called kanji - logographic Chinese characters brought over to Japan thousands of years ago. Each character usually has several readings - both native and borrowed from Chinese. The mayor's three-character name is natively Japanese. However, the characters used in his name also have the Chinese readings "Bai", "Den", and "Jo", which means that Umeda and the US projected president-elect bear the same name.

​According to The Japan Times, Umeda was astonished by the coincidence after his family told him he was trending online, but also felt a certain connection to the former vice president.

"I feel very close to him. It feels as though I’ve also won the election after hearing about (Democratic nominee Joe Biden’s) projected win", the media outlet quoted him as saying.

This is not the first time the world of US politics and the intricacies of the Japanese language have been found to have something in common.

In the wake of Barack Obama's victory in 2008, the city of Obama in Fukui Prefecture garnered media attention both domestically and abroad and even the former president himself expressed his gratitude to its dwellers when he arrived in Japan in 2009.