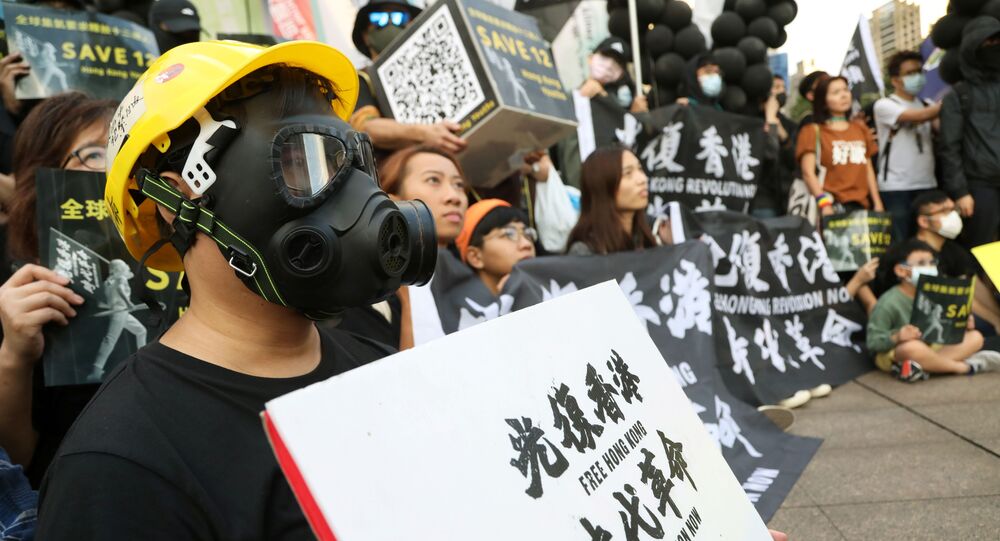 Hong Kong authorities are calling on city residents to anonymously snitch on their neighbors via a new national security hotline that many pro-independence and human rights groups fear may be easy to exploit and further divide the region.

Authorities emphasized that Hongkongers should only use the hotline to issue non-emergency reports pertaining to matters of national security.

The NSSA Reporting Hotline accepts texts, images, audio and video, according to the announcement. Furthermore, the caller’s personal information will be protected and processed in accordance with Hong Kong’s Personal Data (Privacy) Ordinance.

“The telephone hotline does not answer any calls and does not reply. In addition, the hotline is not used for general reporting, and if you want to report it, please call the nearby police station or 999,” the release emphasized.

Information gathered via the snitch line will be utilized by agents in the HKPF’s National Security Department.

The hotline can be reached by SMS, WeChat or LINE.

A Hong Kong government source told the South China Morning Post that the NSSA Reporting Hotline was first suggested in July as an enforcement tool of the Beijing-implemented Hong Kong national security law.

The legislation, passed June 30, came as an unprecedented tightening of Beijing’s active control over the city. The legislation calls for acts of “secession,” “subversion,” “terrorism” and “collusion with foreign forces” to be met with possible life imprisonment.

Amnesty International has classified the national security law as “dangerously vague and broad,” as “virtually anything could be deemed a threat to ‘national security’ under its provisions, and it can apply to anyone on the planet.”

Hong Kong Democratic Party legislator James To also raised concerns regarding the snitch line, claiming to Hong Kong public broadcaster RTHK that the system is unnecessary and will likely "disintegrate society and seriously undermine trust between families, students and teachers, and among friends."

"It will be a serious blow to freedom in Hong Kong and will undermine the trust between people ... much of the reports will be related to individuals' political opinions," he asserted prior to the HKPF announcement.