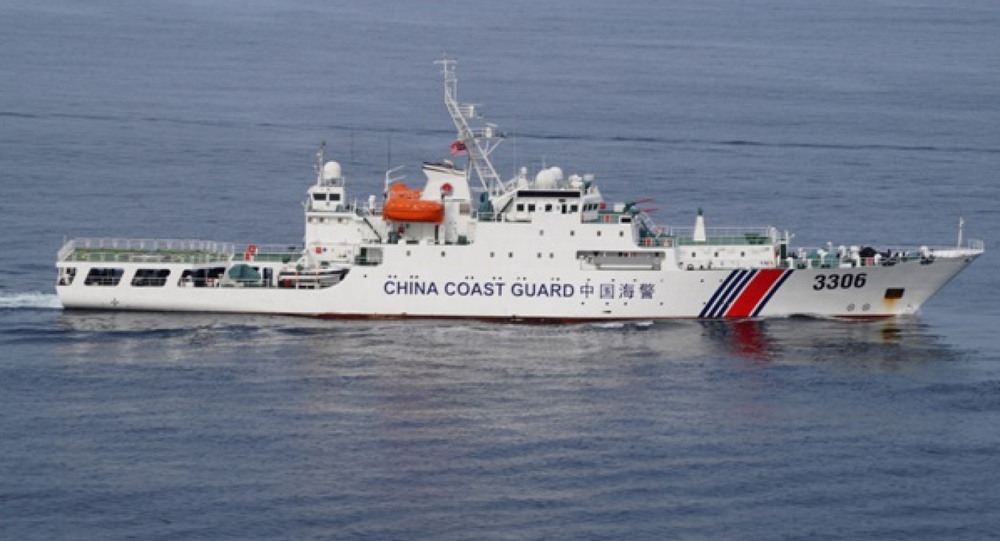 A proposed revision to China’s maritime police law would give China Coast Guard vessels the ability to use their weapons against foreign ships that violate Chinese waters, if necessary.

According to US military publication Stars and Stripes, which obtained a version of the bill translated from Chinese into English, the proposed changes would give the coast guard the authority to use their weapons “in the case of unlawful infringement by a national organization or individual” if deemed necessary to “stop the infringement and eliminate the danger on the spot.”

The National People’s Congress Standing Committee is accepting public comments on the proposal through December 3, according to a blog that monitors the legislature’s activities.

Beijing’s coast guard cutters are not warships: most are lightly armed, sporting twin 14.5-millimeter machine guns as their primary armament; however, one massive cutter, known as CCG 3901, is bigger than a US guided missile cruiser and has two 76-millimeter rapid-fire naval guns. The proposed law does not specify which guns are or are not permissible to use in an encroachment scenario.

The coast guard remains a young force, having only been formed in 2013, and its role in law enforcement and paramilitary defense is still being fleshed out. However, the proposed changes are clearly motivated by the increasing boldness with which foreign vessels have challenged Chinese sovereignty claims in recent months.

China’s nautical claims overlap with those of a number of other countries in the East and South China Sea, including Japan, Vietnam, the Philippines, Malaysia, Brunei and Taiwan, the latter of which is itself regarded by Beijing as part of China’s territory.

While conflicts between Chinese authorities and civilians entering China’s claimed waters have increased in recent years, and the proposed law would give the China Coast Guard new power to deter their entry, the United States and its allies have also inserted a dangerous new level into the issue by regularly performing “freedom of navigation operations” (FONOPs), in which warships purposefully violate those claims and sail through Chinese-claimed waters.

Earlier this year, Washington outlined its position on China’s South China Sea island claims, rejecting the vast majority of its claims over the waterway but not necessarily rejecting Beijing’s control over the islets that dot the sea itself.

The dramatically increased tension created by US policy in the region has put Chinese forces on high alert, as thinkers in Washington repeatedly encourage military action to curb Chinese claims in the South China Sea.