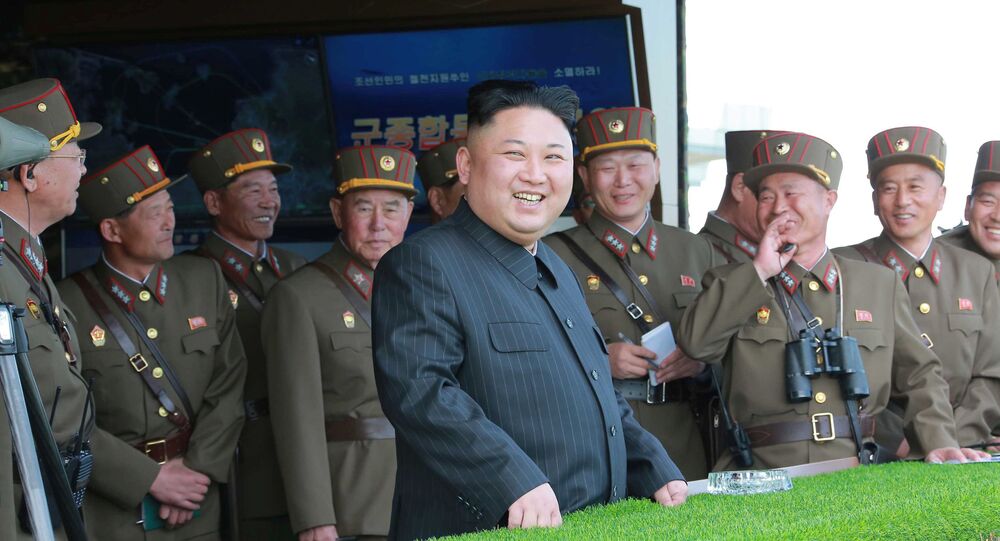 North Korea marked the 75th anniversary of the founding of its ruling Workers’ Party in Pyongyang last month. In an unusually frank speech, Kim Jong-un apologised for his shortcomings as leader, and his failure to make good on promises to improve living standards amid crushing sanctions, the coronavirus pandemic and a series of natural disasters.

Kim Jong-un may soon receive the rank of Taewonsu (Grand Marshal or Generalissimo), North Korea’s highest possible military rank, which is expected to help reinforce his power, South Korea’s National Intelligence Service (NIS) has reported, its prediction part of an intelligence forecast on the expected restructuring of North Korea’s leadership at the upcoming Eighth Congress of the Workers' Party.

"There is a possibility of the restructuring of the power structure to reinforce Chairman Kim Jong-un's status, and of a new internal and external strategic route," the NSI said in a presentation earlier this week.

If the NIS’s forecast comes to pass, Kim, 38, would be the youngest member of his political dynasty family to receive the Taewonsu rank. His father, Kim Jong-il, received the rank of Taewonsu only posthumously in 2012, two months after his death in December 2011. Kim Il-sung, Kim Jong-un’s grandfather, received the rank in April 1992 on his 80th birthday.

Kim Jong-un was appointed to the rank of Marshal in 2012, shortly after succeeding his father as supreme leader.

© AP Photo / Dita Alangkara
North Korean soldiers line up as they pay respect to the bronze statues of their late leaders Kim Il Sung and Kim Jong Il at Mansu Hill Grand Monument in Pyongyang, North Korea, Sunday, Dec. 16, 2018. Many North Koreans are marking the seventh anniversary of the death of leader Kim Jong Il with visits to the statues and vows of loyalty to his son, Kim Jong Un

United States Forces Korea classifies Taewonsu to be the equivalent of a “Seven-star General,” a rank which does not exist in the US Army.

The Workers’ Party’s Eighth Congress is expected to take place in January 2021. Along with Kim’s expected jump in rank, NIS expects Kim’s younger sister, Kim Yo-jong, presently the party’s First Deputy Director, to receive a promotion. The South Korean intelligence agency noted that she is already co-ordinating foreign affairs and security issues, as well as other state affairs.

In its report, NIS also observed what it said was a change in Kim’s governance style, from ‘field guidance’ to ‘policy guidance’, including a sharp increase in the number of party meetings presided over directly by Kim in the present year.

In his October 10 speech on the occasion of the 75th anniversary of the founding of the Korean Workers’ Party, Kim expressed hopes for an improvement of ties with South Korea, wishing Seoul and other countries a swift recovery from the coronavirus pandemic, and praising his fellow countrymen and women for “protecting the country and themselves” from the ravishes of the virus.

© REUTERS / KCNA
North Korea, Outraged by 'Dirty' Propaganda Imagery 'Aimed at Kim's Wife', Blew Up Liaison Office
Pyongyang’s warming ties with Seoul suffered a major setback earlier this year, with North Korea blowing an inter-Korean liaison office to smithereens in June and demanding that South Korean authorities stop activists from sending propaganda leaflets to the North. In July, the Russian Ambassador to North Korea Alexander Matsegora said the crisis in relations seems to have been sparked by a balloon launch conducted in May containing provocative images aimed at Kim’s wife, Ri Sol-ju, which evoked “serious outrage” in Pyongyang upon discovery.

Influence of Kim Jong-un's Ex-Lover Growing in NK as She Is Spotted at Military Parade, Report Says