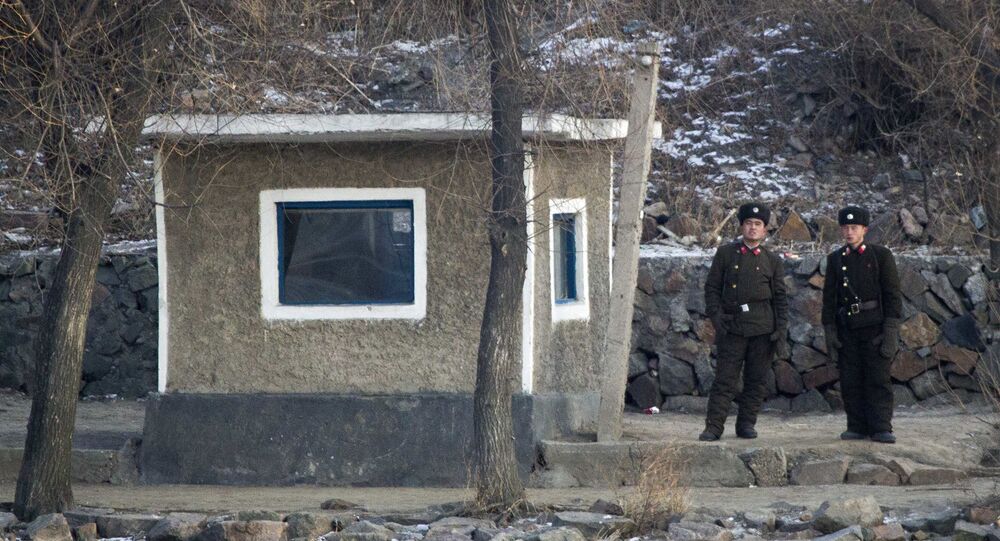 TOKYO (Sputnik) - The South Korean National Intelligence Service (NIS) said that North Korea has mined areas along the border with China to protect the country from the infiltration of COVID-19, Yonhap agency reported on Tuesday.

According to the South Korean media outlet, this information was revealed during a closed-door session of the Intelligence Committee of the South Korean parliament. A member of the parliament, Ha Tae-keung, who represented the main opposition People Power Party, was said to have reported the news to the media.

"The North has blocked its borders and buried landmines in parts of the border areas with China," Ha was quoted by Yonhap as saying.

He added that Pyongyang was concerned that the spread of COVID-19 would be fatal for North Korea since it did not have the medical equipment to contain the disease.

"Since there is no physical or technical means to deal with the coronavirus, there is something like coronavirus trauma in North Korea," Ha said.

According to the news outlet, the NIS also reported that the North’s state officials who failed to contain the spread of the infection would be sentenced to death.

On September 22, the North’s security forces killed a South Korean official of the fishery department, who had swum into the North Korean territorial waters. According to the reports, the North's soldiers incinerated his body and belongings, wearing gas masks and protective suits.

This made South Korea's authorities believe that the man had been killed because of the North's fear of the COVID-19 infection.

On October 10, North Korean leader Kim Jong Un said that the country did not have a single coronavirus case.